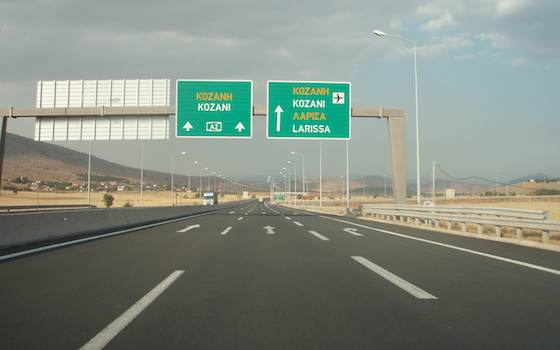 The IMF-EU-ECB troika envoys will visit Athens this month to discuss how Athens will close the 2.4 billion euro gap in the country's budget.

The troika set a goal for the Greek government when it put up the first of two bailouts to bring in 50 billion euros by selling ports, utility companies, railways, telecommunications companies and other state-owned assets.

The government, however, has earned only 2.6 billion euros.

Even one of the few privatisation successes -- the gambling monopoly OPAP, sold for 650 million euros last August -- has run into trouble as authorities investigate transparency violations and a potential conflict of interest.

Privatisation progress has also been hindered by changes of leadership in the Hellenic Republic Asset Development Fund (HRADF), the country's privatisation agency.

HRADF acquired a fourth manager in two years after the government forced the previous one out of office because of a conflict of interest.

Some privatisation did occur, though not with a 100 percent success. The shortfall was not only due to incompetence, but also because of EU competition laws, said Charalambos Tsardanidis, head of the Institute for International Economic Relations in Athens.

"The privatisation targets were not realistic [but were] over-ambitious and it was not possible to achieve them," Tsardanidis told SETimes.

The program started with great fanfare but soon fell into the complex Greek bureaucracy and reluctant governments pressured by labour unions and workers.

"The privatisation program aims at attracting important international capital that will be invested mainly in property development and infrastructure," he said.

But virtually everything in Greece is done at a slow pace, said Aggelos Tsakanikas of the Athens-based Foundation for Economic and Industrial Research.

"Privatisations indeed take time, but if there is no interest then maybe it is not a bad decision to wait," Tsakanikas told SETimes.

Greek officials said they still hope to raise 24 billion euros by 2020 -- less than half the initial target -- to cut the country's debt that is expected to exceed 175 percent of gross domestic product this year.

Prime Minister Antonis Samaras still seeks investors, but he is under pressure by the opposition SYRIZA party that leads the polls.

SYRIZA leader Alexis Tsipras said he will re-nationalise the sold-off state enterprises if his party comes to power.

The government scrutinises carefully the lack of progress, especially the OPAP probe, said George Tzogopoulos, a research fellow at the Hellenic Foundation for European & Foreign Policy in Athens.

"But I am not optimistic because of the bureaucracy, the lack of political will and the unions. This has created a kind of alert in the European Commission about whether the competition is fair and to what extent other companies could participate," Tzogopoulos told SETimes.