Outcome of the French Municipal Elections 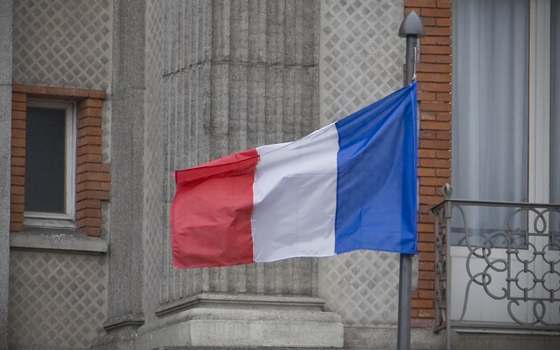 Outcome of the French Municipal Elections

The outcome of the French municipal elections is contributing to the general European unease about the future of the . In May European Parliament elections will take place in the troubled circumstances of economic crisis everywhere but Germany, with tension between the EU, the U.S. and Russia over Ukraine contributing to the uncertainties that exist about the future of the Union, with a notable rise in support for separatist parties in several important countries, one of them -- of course -- France.

There is also call in the mainstream for revising the fundamental treaties governing the , with a British threat of withdrawal from the , conceivably finding emulators elsewhere, with serious consequences for the new "Europe" which has been the proud political achievement of the West in the past half-century, replacing the European system of warring sovereign nation-states, founded at Westphalia in 1648, with the construction of a new , now with 29 members.

The new system was unable to prevent or accommodate the breakup of Yugoslavia and the terrible ethnic/nationalism wars that followed. Its performance in the financial and economic crisis that has followed the Wall Street crisis of 2008 still is inadequate, jeopardizing the survival of the euro and the , and forcing several states -- notably Greece and Portugal -- toward departure.

Since last November its dealings with Ukraine and Russia have been disastrous (as have been Washington's in trying to force Ukraine into ). Its ultimatum to Ukraine demanding that it choose between a Eurasian association with Russia and a mere association (not membership) with the EU, precipitated the collapse of the existing government n February, and overthrow of its leader Viktor Yanukovych, the Russian annexation of Crimea that followed, and what now has become the next thing to a military confrontation between Russia and .

Needless to say, the United States has been doing no better in dealing with these problems and contributed heavily to creating them, but it was the new "Europe" whose problems they were, and the today remains haplessly on the sideline.

The issue of rightist nationalism as a threat to and the peace of the new Europe have preoccupied Europeans since 1945, when the predecessors of the EU -- and then the Coal and -- were created to assure that Nazism or some totalitarian counterpart would not again rise in Europe.

Hence the sensitivity of Europeans ever since to the appearance of any symptom of race- or ethnic-based ideological nationalism in Europe. Because European nationalism has in the past taken for granted the existence of racially-defined nations -- a French or British or Scottish or German "race" -- the modern effort to disentangle such assumptions (and the language of racial categories) from the modern multinational nation, and the redefinition of nations as open to multicultural communities, constructed out of the immigration and population displacements that have been building blocks of the new Europe, has necessarily been a painstaking and in some respects myth-making undertaking.

There have been repeated alarms over the years at the appearance of rightist-nationalist, and implicitly or indirectly racist parties. Best known internationally of these has been France's , as led by Jean-Marie Le Pen, a former Algerian War paratrooper, with a notable gift for demagogy and innuendo, who for many years has possessed a faithful but unimportant political following.

This has been mainly in Mediterranean coastal France and Provence, where a great many long-established French Algerian ("Pied-noir") families migrated after General deGaulle peremptorily ended the Algerian war, making a negotiated settlement with the Algerian insurgent movement, and ordering French forces to leave Algeria. Thus a great many long-time French residents of Algeria migrated to mainland France, and Le Pen -- a partisan of an Algeria that would remain forever French has been their hero.

His one serious electoral triumph was to have finished second to Jacques Chirac in the presidential race of 2002 -- the result not of his qualities but the fluke result of Socialist complacency and weather on the day of the first round, which was expected by all mainstream voters and observers to end with former premier Jacques Chirac in a run-off against the Socialist leader, Lionel Jospin.

The Sunday of the first round vote occurred on a gorgeous spring day, and the was overloaded with confidence because of poll results seemingly guaranteeing a Socialist place in the final round. The polls did not take account of the weather forecast.

In the municipal elections that have just taken place, Le Pen's daughter, Marine Le Pen -- his successor, now that the old man has retired, who has reconstructed the party on mainline terms, abandoning the demagogy and reactionary rhetoric -- has in last week's vote won more municipal offices across the country than her father ever did. It still was not enough to threaten the mainstream Right -- engrossed in poisonous internal quarrels -- or the governing Left, led by President François Holland, these days suffering political breakdown and reconstruction as the most unpopular government France has ever known (and three years to wait before national elections!). But this reconstructed will within a few ears be a mainstream -- and respectable -- rightist force.

What the election has demonstrated is that the extreme right simply is not a threat in today's Europe. Except for Greece and Hungary, where small quasi-fascist parties feed off the discontent of Europe's present economic crisis and its maladroit management by Brussels and Frankfurt, democracy is strong if discontent.

The extreme Right movements that have emerged in the EU have uniformly failed to establish permanent followings in their initial and extreme forms. They have either moderated their assertions and campaign claims, and eventually been absorbed into the mainstream Right, as happened in Italy with the Neo-fascists and Northern separatist movements, and in France with the extreme Left, left over from 1968 but today members of Socialist governments, and now the Le Pen family enterprise. None has found a lasting following other than on the powerless fringe of politics.

"Outcome of the French Municipal Elections"