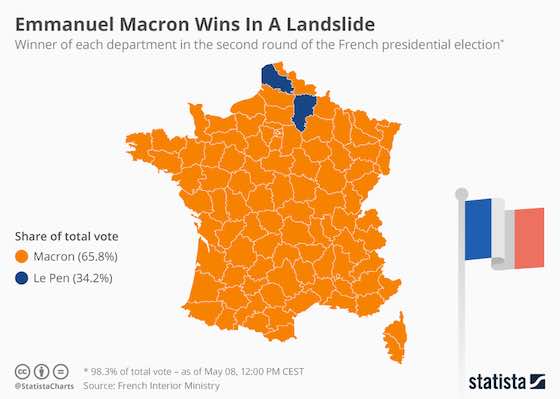 In the end, it was a landslide victory for Macron who took 66 percent of the vote compared to Le Pen's 34 percent.

Macron was particularly successful in Paris where he managed to attract 89.7 percent of the vote. He also proved popular in several departments along the Mediterranean and in the north-east where support for Marine Le Pen was strong in the first round of the election. Macron was elected on a pro-EU plaftorm in stark contrast to Le Pen who vowed to hold a referendum on France's EU membership and pull the country out of the single currency.

The chart above shows the winner of each deparement in the second round of the French presidential election.