European Security in the Trump Era 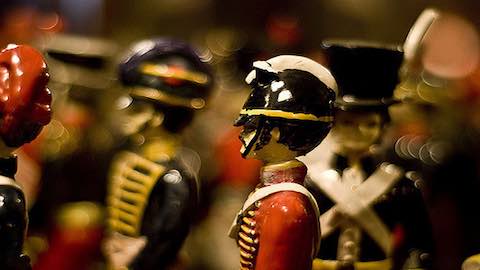 At last year's Munich Security Conference, the mood of fear and apprehension among European security officials was palpable. Three years earlier, Russia had annexed Crimea and launched incursions into Eastern Ukraine. And in the previous year, a narrow majority of British voters had decided to take their country out of the European Union, and Americans had elected a president who was critical of NATO and openly admired Russian President Vladimir Putin.

Still, the West has so far survived the age of Donald Trump. And, despite the ongoing confusion over Brexit and German leaders' difficulty in forming a new government, the EU seems to have bounced back. Most member states' economies are doing well, and French President Emmanuel Macron's administration is breathing new life into the European idea.

Although the Trump administration has continued to send mixed signals about its willingness to uphold American commitments, the US has nonetheless delivered on former President Barack Obama's pledge to strengthen NATO's military posture in the Baltics and Poland. And in the run-up to a NATO summit later this year, the US has indicated that it will do even more to ensure the territorial integrity of Baltic and Scandinavian member states.

Moreover, fears that Trump might try to forge a new Yalta-style agreement with the Kremlin -- in which Eastern European countries would be abandoned to their fate -- have all but disappeared. If anything, the greater concern now is that US--Russian relations are becoming increasingly acrimonious, even irrationally so.

Russia, meanwhile, seems eager to disengage its military from an intractable situation in Syria, where it has so far played its cards right. The same cannot be said for Ukraine, where the Kremlin has learned that invasions are not a good way to make friends. By alienating that country for generations to come, Russia has suffered a geopolitical setback of historic proportions.

Sooner or later, Russia will want to cut its losses and disengage from Eastern Ukraine, too. It has already floated the idea of a limited United Nations peacekeeping operation there. And while Russia has not yet expressed a willingness to cede control of the Ukraine--Russia border, nor made progress in talks with the US, Putin surely knows that the status quo is unsustainable.

Does all of this mean that the fears of a year ago have dissipated? Far from it. The strategic shocks of recent years have left deep and lasting wounds, and pushed Europe into new and uncharted waters. A decade ago, EU leaders talked confidently about projecting stability abroad. Today, their priority is to prevent instability from spilling over into Europe.

At the same time, there is a growing awareness that while the US is still the main guarantor of European security, it might not be forever. Even if some of the rhetoric accompanying proposals for an EU defence union has been vastly overblown, the bloc's leaders are right to focus more on defence and security issues than they have in the past. Whether it is through 'defence industrial policies' or something else, the EU needs to develop its capacity to marshal joint responses to future hard-power threats.

This is true even if the Kremlin has come to regret its actions in 2014, which led to Western military forces being deployed on its borders. After all, Russia is still holding on to Crimea, where it has long maintained key military bases. And, apart from Russia, Europe is surrounded by ongoing conflicts. Tensions are increasing from the Indus to the Nile and across North Africa, where any turmoil will have an immediate impact on European security. As Europeans well know, there is no way to build a wall in the Mediterranean.

Moreover, it is worrying that the Trump administration hardly ever talks about upholding the post-war liberal international order. Instead, it views the world as a zero-sum strategic competition in which the US should look out only for itself. Unfortunately, in a world without common institutions to restrain sovereign states from escalating conflicts with one another, the risks of all-out war will increase substantially.

To be sure, the US says that it is stepping up its commitment to European security. But, given China's growing military might and the strategic importance of the Asia--Pacific region, the US will have no choice but to pivot to the East. In fact, despite all of Trump's complaints about America's oversized contribution to NATO, the US already directs the bulk of its military spending to the Asia--Pacific region.

So, while the immediate fears of 2017 have subsided, and some sense of normality has returned, Europeans can no longer avoid taking responsibility for their own defence. Even after Trump is long gone, soft power will not suffice in a world of hard-power conflicts.

Carl Bildt is a former prime minister and foreign minister of Sweden. This article is presented in partnership with Project Syndicate © 2018. Image courtesy of Flickr user « м Ħ ж ».