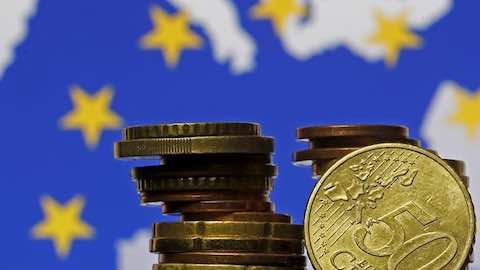 The biggest risk to the global economy is the acute and impending political crisis in Europe, which monetary policy does not have the tools to resolve

The euro zone has withstood several crises since 2008 that have thrown the 19-nation bloc's very existence into doubt, centered on its fractured economy, bond market, banking system and, of course, Greece.

But for financial markets, the biggest test may be to come and some investors are dusting off strategies on how to navigate an unraveling of the euro zone -- or even the European Union itself -- and the turbulence that would unleash.

Elections in France, Germany and The Netherlands, as well as Italy's recent constitutional referendum, are flashpoints that could ignite brewing political discontent across the continent.

They are among the biggest risks for 2017, according to money managers attending this year's Reuters Investment Summit, who noted the surge of right-wing populism that went a long way to determining the surprise outcomes of this year's Brexit referendum and U.S. presidential election.

"Many of our clients are most worried about Europe," said Mark Haefele, global chief investment officer at UBS Wealth Management, who sets the investment policy that guides more than $2 trillion in invested assets.

"The big concern would be a break up of the European Union if you have these more right wing parties like (Marine) Le Pen in France arguing that they want to pull a large country like France out of the euro zone. That worries people," he said.

Haefele himself expects the euro to rise in 2017, reflecting a wider view that a break-up of the euro zone is still an outside bet.

Hedge fund manager Hugh Hendry, however, took a more pessimistic view of the markets' likely trajectory. He said a growing number of investors are playing the "European blow-up" trade which, if it materializes next year, will center on the French election in May.

"The biggest risk to the global economy is the acute and impending political crisis in Europe, which monetary policy does not have the tools to resolve," said Hendry, founder and chief investment officer of hedge fund Eclectica Asset Management which has around $200 million under management.

Opinion polls suggest the most likely scenario is a duel between conservative Alain Juppe and far-right National Front leader Marine Le Pen, who analysts say has been emboldened by the Brexit vote and Donald Trump's U.S. election victory, both of which surveys failed to predict.

The mathematics for Le Pen to secure the French presidency are far trickier than those faced by the Brexiteers or Trump. But these two political earthquakes mean investors are going into 2017 with their eyes wide open.

They are selling the bonds of so-called peripheral euro zone countries, pushing the premium they offer over ultra-safe German bonds to the widest levels in months. The 10-year Italian-German spread is nearly 180 basis points, the widest in over two years.

Before 2008 that spread fluctuated between zero and 50 basis points. It ballooned above 550 basis points in late 2011 at the height of the euro zone debt crisis and although it has since narrowed it has rarely been below 100 basis points.

Hendry predicts it will rise further, and estimates that every 100 basis points of widening equates to around 10 percent increase in the probability investors are attaching to a euro zone break-up.

The euro is also coming under pressure as the rise in U.S. Treasury yields and U.S. growth prospects attract investment flows into the dollar. But the bubbling European political risk is also undermining it.

Philip Saunders, portfolio manager and co-head of multi-asset growth at Investec Asset Management, said he can "easily see" the euro falling to parity against the dollar. That would be another 6 percent down from the one-year low of $1.0690 struck on Wednesday.

But where it was Greece in years gone by, the worry in financial markets now is that any break up of the euro zone will have its roots in one of the region's big countries.

Italian Prime Minister Matteo Renzi has staked his political future on the Dec. 4 referendum which, if the 'yes' vote wins, would reduce the role of the upper house Senate and cut the powers of regional governments. Polls suggest he will lose.

Renzi suggested that he may not stay on if he loses and political commentators have speculated that if he does step down he would push for early elections in 2017, a year ahead of schedule.

As in France, populist parties like the anti-establishment 5-Star Movement -- which has pledged to hold a referendum on leaving the euro -- are poised to fill the political void in Italy.

Saunders at Investec Asset Management, said Italy is the biggest risk and weakest link in the European chain.

"Italy is a bit like the end of an opera -- just when the peak character appears to have sung his last piece and died, he sings again, dies again, so the whole process is somewhat drawn out," Saunders said.

"The referendum isn't the thing that does it, but it does indicate a direction of travel," he said.