The Tea Party Lives -- in Europe 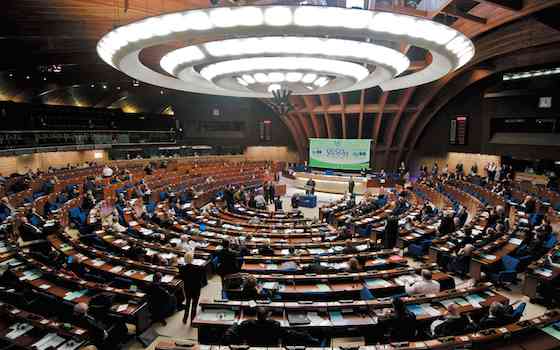 The Tea Party Lives -- in Europe

While candidates underperformed against establishment Republican incumbents in recent U.S. primary elections, in Europe their conservative cousins have just scored some spectacular victories.

Commentators are calling elections for seats in the European Parliament and local council seats in Britain a "political earthquake" and "revolution" as strongly conservative candidates made significant gains. In Britain, the (UKIP) outperformed the established Conservative, Labour and Liberal Democrat parties. Labour hired one of President Obama's top political strategists, David Axelrod, as a consultant. It didn't help.

The significance of the election was summarized by the , which noted that it was "the first time a party other than the Conservatives or Labour has won a national election for 100 years." UKIP won with 27.5 percent of the vote, electing 24 of its members to the European Parliament.

The UKIP Platform resembles that of Tea Party Republicans in the U.S. According to the , the party wants to end "mass uncontrolled immigration" and limit future immigrants to those who can "clearly be shown to benefit the British people as a whole and our economy." On taxes, education, health care, energy and even social issues, the policies of UKIP and conservative Republicans are nearly interchangeable.

The far right in France, under the leadership of Marine Le Pen, buried the governing Socialists of President Francois Hollande, whose party won just 14 percent of the vote. Le Pen's National Front Party attracted a quarter of the vote.

The center-right party of German Chancellor Angela Merkel prevailed in EU elections. Only The Netherlands and Greece bucked the trend with their more liberal parties prevailing.

An indication of how seriously British Prime Minister David Cameron is taking the election results came quickly. Cameron disparaged UKIP leader Nigel Farage, saying he's "not a bloke down the pub," but a "consummate politician," as if Cameron inhabits a purer universe.

The biggest issue beyond immigration is whether Britain should remain in the . If Farage's party prevails on immigration, Britain would have to pull out of the EU, which has an open-door policy on immigrants. The British are rightfully worried that the character of their nation is being diluted by an immigrant invasion that has seen a good number end up on public assistance. Part of UKIP's appeal is its pledge not to allow immigrants to apply for public housing or other benefits until they have paid taxes for five years.

UKIP also favors a flat tax and vouchers to allow parents to send their children to the schools of their choice and believes political correctness and multiculturalism have "split" British society, again mirroring conservative Republicans in the U.S.

While voter turnout across Europe was a respectable 43 percent, only 36 percent of eligible voters cast ballots in Britain. Local, or "off-year" elections, don't always forecast general election results, but sometimes they do.

Much of the British and American public -- and increasingly in the EU -- are beyond frustrated that politicians are not fulfilling their promises and seem more interested in perpetuating their political careers instead of doing what promotes the better interests of their nations. One sees that frustration in UKIP's policy positions (http://www.ukip.org/issues).

Nigel Farage's challenge is to sustain the momentum he has clearly established into next year's races. His influence is clearly being felt as Cameron's post-election remarks sound increasingly more conservative. Cameron used the word "conservative" four times in a single sentence while being interviewed on BBC Radio. He pledged not to make any "deals and pacts" with other parties. That is hardly credible since Cameron currently functions in a coalition government with Deputy Prime Minister Nick Clegg, whose Liberal Democrats suffered an election wipeout.

Voters will judge Cameron's veracity in next year's general election. If he doesn't measure up to his promises, UKIP could be Britain's party of the future, as might other conservative parties in France and throughout most of Europe.

"The Tea Party Lives -- in Europe"