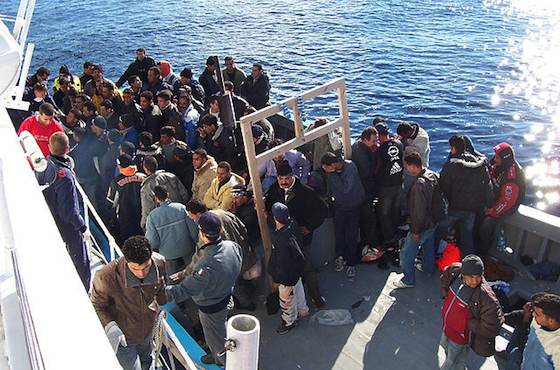 In the past 20 years, more than 17,000 refugees have died along Europe's borders

Because its members have managed not to mangle each other for a few decades, the European Union received the Nobel Peace Prize last year. But all is not pacific in peaceful Europe.

If you look at Europe's borders, it's hard to conclude that Europe much cares about the lives of people who don't belong to its exclusive club.

Recently, a small ship carrying some 500 people sunk at the borders of Europe off the island of Lampedusa, Italy. The tragedy claimed more than 300 lives. A subsequent tragedy a few days later cost at least 27 lives.

These are but two vivid recent examples of a history of death in the Mediterranean. From 1993 to 2012 alone, more than 17,000 people died as they were fleeing from Africa and the Middle East to Europe as a result of poverty or conflict. Denied a safe and legal passage into Europe, thousands more are likely to follow.

But apparently this is an acceptable state of affairs. The main European response to this continuous tragedy has been the construction of "Fortress Europe," a system of walls, laws, and surveillance systems to keep unworthy people outside.

While some years ago convenient dictators like Muammar Gaddafi were so kind as to extend the fortress and control migration in Africa, the Arab Spring blasted this crenel out of the wall. But measures like the Bossi-Fini Law in Italy, which threatens fishermen with penalties if they help refugees in emergencies, remain in place.

If the refugees manage to breach the fortress, they often end up in refugee camps with appalling living conditions and face ingrained local prejudice while they wait for their legal status to be determined.

On a positive note, the EU recently passed a set of laws that at least provide new minimum standards for the treatment of asylum seekers. But the root problems remain in place: conflict and poverty in Africa.

While Europe can't and shouldn't solve these problems on its own, it shares part of the guilt. The damage of colonialism can hardly be reversed, but contemporary policies like flooding the African market with cheap subsidized goods while barring access to European markets further hampers meaningful development.

And as long as European trawlers empty the fisheries along the African coasts, Europe should not be surprised when the unemployed fishers and their families find an alternative business in piracy or want to escape from their poverty. Africa must be seen as more than a source of cheap resources.

But these practices can only be rolled back if Europe stops its narrow "in-group" thinking, a development that seems unlikely as Europe itself is in crisis and plagued by national egoism.

The feeble hope for refugees can only be that the continuous flashing of humanitarian catastrophes in the usually self-centered European media will insult the European conscience enough to slowly translate into meaningful change.

Moritz Laurer is an intern at Foreign Policy in Focus.