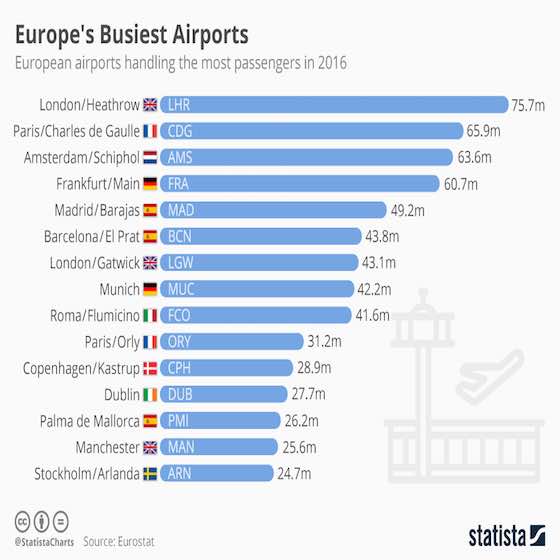 This chart shows the busiest European airports as measured by the most passengers handled.

Eurostat recently released figures showing the airports in Europe which handled the most passengers in the latest full calendar year.

At the top of the list is London Heathrow which saw 75.7 million passengers flow through its terminals in 2016. The country boasting the most airports in the top list is Spain. Madrid / Barajas was the busiest in the country with 49.2 million passengers, followed by Barcelona / El Prat (43.8 million) and Palma de Mallorca (26.2 million).