Can Europe Sustain the Macron Moment? 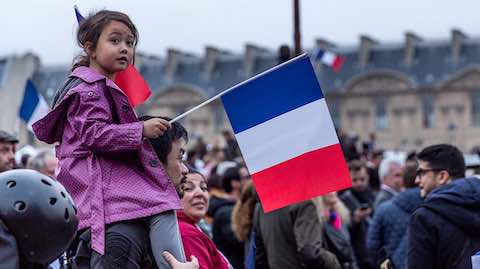 By Carl Bildt (The Strategist)

More than anyone else, French President Emmanuel Macron is at the center of the European Union turnaround. Macron has launched or proposed one initiative after another to strengthen European Union institutions, while taking a lead in European foreign policy.

At the start of 2017, many feared that the European project would experience a near-breakdown within the next year. The United Kingdom had decided to leave the European Union, the United States had elected a president who cheered the Brexiteers on, and populists running in the French and German elections posed a clear danger to European integration.

As we approach the start of 2018, the picture is very different. The European project has not only survived, but may be gaining new momentum. At least within the bubble of EU institutions in Brussels, one senses a newfound confidence.

More than anyone else, French President Emmanuel Macron is at the centre of this turnaround. His post-election victory speech in May was accompanied by the EU anthem, Beethoven's 'Ode to Joy' -- a strong symbolic gesture. Since then, Macron has launched or proposed one initiative after another to strengthen EU institutions, while taking a lead in European foreign policy. With German Chancellor Angela Merkel struggling to form a government after September's general election, all eyes are now on Macron.

The changing mood in Europe over the past year has been influenced by three factors in particular. The first is Brexit, which is undeniably causing problems for the British -- and in turn causing most Europeans to begin to understand the extent to which their economies and societies are intertwined. The once-glorious country of Great Britain is now in a state of political agony as it tries to sort out the politics, economics and logistics of leaving the bloc. It is unlikely that voters in any other member state will envy the British experience.

The second factor is Donald Trump, whose US administration has a lower standing in Europe than any other in recorded history. According to one recent poll, Germans now regard Trump as a greater threat to their country's interests abroad than Russian President Vladimir Putin or North Korean dictator Kim Jong-un. In a true race to the bottom, Trump is ahead.

Over the past year, European leaders have accepted that Europe will have to take more responsibility for its own affairs. After a vexing encounter with Trump at the G7 summit in Italy in May, Merkel summed up a sentiment that most other European leaders now share. 'We Europeans must fight for our own future and destiny', she said in an unscripted outburst at a campaign stop. 'We Europeans truly have to take our fate into our own hands.'

The third factor is Putin's Russia, which has continued to meddle in Western elections and act aggressively in Ukraine. All told, the 'BTP effect' -- Brexit, Trump, Putin -- has convinced even skeptical Europeans that EU-level cooperation is necessary.

But, in addition to the impetus of the BTP effect, Europe is being propelled by stronger economic growth. The dark days of the euro crisis have begun to fade into memory, as has the refugee crisis of late 2015, which had a profound political effect on Germany, Sweden and other countries. Although the huge task of deepening EU integration remains unfinished, the political and economic conditions for seeing that process through have improved.

At the same time, the EU has suddenly emerged as the preserver of the liberal world order. In September, the Comprehensive Economic and Trade Agreement (CETA) between the EU and Canada entered into force. And, since then, the EU has moved closer to finalising an even more important trade agreement with Japan, and, separately, with the founding countries of Mercosur -- Argentina, Brazil, Paraguay and Uruguay. Britain may be leaving, but the rest of the world seems to be lining up to make deals with the EU.

Still, there is no room for complacency. Despite many positive developments, governance is becoming more complicated within certain European countries, owing to an increasingly fractured political landscape. In Germany, forming a new government after an election used to be a straightforward affair. But now the country could be under a caretaker government until March, with little clarity about what sort of government will emerge. In the meantime, Germany can hardly play its customary role as Europe's anchor of stability.

In the Danubian lands of Hungary, Austria and Bavaria, nationalism is on the rise. And in Italy, few would dare to offer any solid predictions of what will happen in the next general election, which must be held before 20 May 2018.

Moreover, Europeans cannot rely indefinitely on the low interest rates that have contributed to the current recovery. EU leaders will need to push much harder for structural reforms than they have so far. Although Spain has revived its economy with important reforms, and Macron has tackled France's notoriously Byzantine labour code, the EU is still struggling on many fronts. For example, despite Estonia's heroic efforts to create a digital-reform agenda during its presidency of the Council of the EU, far more needs to be done in that area.

Next year will be the last chance to pursue EU-level reforms before a fateful year of reckoning begins. In March 2019, Britain will leave the EU, with or without a divorce agreement. Then, in May, come elections to the European Parliament, and new leaders will be appointed for the EU's core institutions. Before we know it, Jean-Claude Juncker's presidency of the European Commission will be over.

Macron is anxiously awaiting a new government in Berlin. As things stand, it is far from clear that the next German coalition will support his EU-reform agenda. And, with each passing day, the European Commission will be running out of time to pursue any new initiatives that could realistically be finalised before 2019.

So, while the gloom and doom of 2016 may have receded, it could all too easily return. Sustaining the momentum generated by Macron's election in France and realising the promise that it holds will require decisive action in the months ahead.

Carl Bildt is a former prime minister and foreign minister of Sweden. This article is presented in partnership with Project Syndicate. Image courtesy of Flickr user Lorie Shaull.