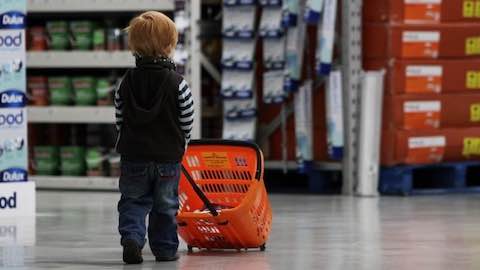 The gender pay gap -- a disparity between women and men's earnings -- starts in childhood in Britain with girls receiving 20 percent less pocket money than boys, according to a recent survey

"The challenge for parents is to avoid inadvertently perpetuating these gender divisions themselves, and to help children learn the skills needed to be a confident and independent adult," she said in a statement.

Girls seemed to have less financial freedom than boys and were more likely to have things bought for them, which helped to bridge the pay gap but also showed different approach to managing money, the report said.

Parents were more likely to hand out cash to the boys while managing money on girls' behalf.

Sam Smethers of The Fawcett Society, a campaign group promoting women's rights in the labour market, said gender pay gap between boys and girls reflected the situation they face in adult life.

"Prepare your daughter for working life -- give her less pocket money than your son," Smethers said in a statement.

"These figures reveal that we undervalue girls from a very early age. What chance do they have at work?"

According to Fawcett, in 2016 women in Britain were paid 13.9 percent less than men.

At the current rate, it will take another 62 years before women's work is valued as much as that of men, the group calculated using data from the Office for National Statistics.