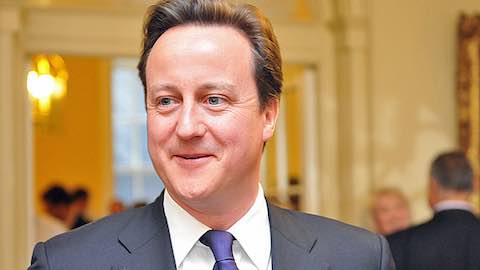 In the end, the Brexit -- the vote on whether the United Kingdom should remain in the European Union (EU) or be the first in the 29-member trade group to bail out -- was a close-fought matter, but for all the sturm und drang about a pivotal moment for the EU, the June 23 referendum that saw the Brexit pass was a very British affair.

While the European Union is clearly in a crisis -- countries weighed down with unpayable debt, economies virtually dead in the water, double-digit unemployment, and a rising chorus of opposition to the austerity policies of the EU authorities in Brussels -- those were not the issues that brought the British people to the polls.

Indeed, the whole affair started as an entirely homegrown matter, an internal split in the ruling Conservative Party. Back in 2013, Conservative Prime Minister David Cameron cut a deal with the euro-skeptic part of his party that if they would close ranks until after the 2015 general election, he would hold a referendum on the EU.

At the time, Cameron was also looking over his shoulder at the rise of the extreme right wing, racist United Kingdom Independence Party (UKIP), which had begun using anti-immigrant issues to poach Conservatives. It is likely that Cameron never really intended to follow through on the 2013 pledge, but once he let slip the dogs of war he had little control over the havoc that followed.

When the Conservatives defeated the Labour Party last year, the "out" faction demanded their due, and what emerged was a deeply disturbing campaign that focused on race, religion, and "sovereignty," the latter a code-word for a particularly nasty brand of nationalism that is on the rise all over Europe.

Brexiters conjured up hordes of Turks pouring into Britain, even though Turkey is not an EU member -- or likely to become one. In any case, the UK is not part of the Schengen countries, those members of the EU that allow visa-less travel.

"Vote Leave" ran posters depicting crowds of Syrians and endless ads on Turkish birthrates. "None of this needs decoding," wrote Philip Stephens of the Financial Times, "The dog whistle has made way for the Klaxon. EU membership talks with Turkey, we are to understand, will soon see Britain overrun by millions of (Muslim) Turks -- most of them thugs or welfare scroungers."

Last year Britain did process some 330,000 immigrants, but the overwhelming majority of them hailed from Spain, Poland, the Baltic countries, and Greece. The UK has accepted very few Syrian refugees and Turks, certainly not enough to "overrun" the place.

The openly racist and xenophobic character of the "Leave" campaign put the UK left in a difficult spot. While the left, including the Labour Party, has profound differences with current policies and structures of the EU, these are not over immigration and religion. How to express those critiques without bedding down with the likes of UKIP or the euro skeptic Conservatives was a tricky business.

Labour Party head Jeremy Corbyn chose to endorse the "remain" campaign, but also to point out that the EU is an undemocratic organization whose financial policies have spread poverty and unemployment throughout the continent. However, because the trade groups have a progressive stance on climate change, equal pay, work hours, vacations, and maternity leave, Corbyn argued -- if somewhat tepidly -- that all in all, it was best to stay in and try to reform the organization.

Part of the "leave" vote sprang from one of Britain's most pernicious ideologies -- nostalgia. Run through a few verses of "Rule Britannia" and a considerable portion of older Britains go misty eyed with the mythology of Trafalgar, Waterloo, and Omdurman. Polls indicate that support for the EU among people over 60 was just 33 percent. It was only 10 percent more among Conservative Party members of all ages.

In contrast, young Britons, Labour Party members, the Scots, and Northern Irish supported remaining, though in the end they were not enough. The fallout? There will almost certainly be another referendum for Scottish independence. Will Northern Ireland do the same?

Is this the beginning of end for the EU? It is hard to imagine how the organization can continue as it is since the second largest economy in the trade group has departed. But the European Union's troubles have only just begun, and a far more important measure of the future of the organization will come when Spanish voters go to the polls June 26.

In that election the austerity policies of the "troika" -- the European Central Bank, the International Monetary Fund, and the European Commission -- will be directly confronted by a spanking new left formation, Unidos Podemos (United We Can). UP comes out of an alliance of Izquierda Unida (United Left) and Podemos. It is currently running number #2 in the polls and nipping at the heels of the ruling rightwing Popular Party.

The UP calls for rolling back the austerity policies of the troika, a public works program to create 300,000 jobs, and economic stimulation to tackle Spain's horrendous unemployment problem. Joblessness is over 22 percent nationwide and 48.5 percent among young Spaniards.

A recent manifesto by more than 200 leading Spanish economists charges that the austerity policies of the EU have created an "economic crisis" that "has had devastating consequences for our country, as well as the euro zone as a whole" and "unnecessarily prolonged the recession across the continent and generated deep social fractures by increasing economic and social inequalities."

The euro zone is the 19 members of the EU that use the common currency, the euro.

UP plans to link up with similar-minded forces in Greece, Portugal, Italy and Ireland to demand that Brussels adopt fiscal stimulation as a strategy against the economic malaise plaguing most of the EU.

United Left leader and Communist Alberto Garzon, probably the most popular politician in the country, says "Brussels has to understand that if they continue to apply austerity politics in Spain our social emergency will get worse, which only helps the rise of fascism -- as we have already seen in Austria and other EU countries."

The Brexit vote was a British affair (and promises to be a messy one). The Spanish election is a continental affair that will have reverberations worldwide.