This Climate Deal Could Save the World 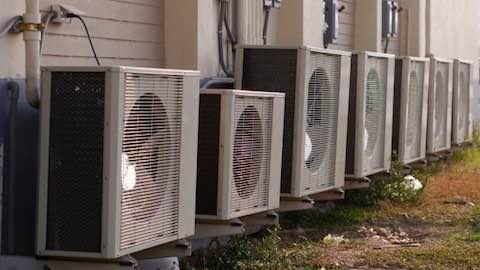 This Climate Deal Could Save the World

While we were transfixed by Trump's tape and Clinton's emails, 200 countries showed that progress is possible.

While the U.S. was distracted by an election that felt like it would never end, the world did something wonderful. It sounds boring and requires a mini chemistry lesson, but it’s huge.

In October, nearly 200 nations signed a deal to phase out the potent greenhouse gases used in refrigerators and air conditioning. The chemicals are called hydrofluorocarbons, or HFCs.

The deal that was signed will prevent the climate from warming by half a degree Celsius. Considering that we’re trying to prevent catastrophic climate change by limiting warming to a total of 2 degrees Celsius, the savings of half a degree is monumental.

In this incredibly politicized environment, the global agreement was signed without much fanfare, while we were all distracted by Trump’s leaked “Access Hollywood” video and Clinton’s emails. It means that progress is possible.

Here’s the catch, though: Nobody wants to go without their fridge or their air conditioning.

That means that ditching HFCs must be done without ditching the appliances they're used in. And while HFCs are bad news for the climate, we don’t want to replace them with another chemical that doesn’t harm the climate but, say, causes cancer.

One answer to the HFC problem is finding a replacement chemical that has no harmful effects for human health or the environment -- if one exists. But there’s another, perhaps more comprehensive solution.

We could build homes that are naturally better insulated and better able to keep cool in the summer and stay warm in the winter. And we could retrofit existing structures as well. We know how to do it already.

There are other options, too. Ceiling fans, smaller refrigerators, or even just being a little less comfortable in hot weather. But I’m guessing most of us would rather have homes and offices that naturally keep us cool instead of sweating all summer for the sake of the climate.

The question, of course, is how we get there. Do we require all new buildings to meet certain standards? Or offer tax breaks to those that do? Or do we just sit back, cross our fingers, and let the market play it out?

Here’s a thought for the next administration: Retrofitting existing buildings to be climate smart could create thousands of jobs.

Let’s celebrate the agreement to phase out HFCs, but work to phase them out in a smart way that preserves the comfort of modern conveniences without replacing HFCs with a chemical that's problematic in other ways.

Environment: "This Climate Deal Could Save the World"