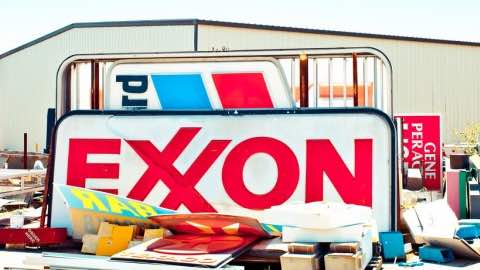 I'll feel empowered when ExxonMobil convenes its upcoming annual shareholders meeting. Oddly, that's because I've sold all my stock in the company.

Shareholders like me and some major institutions, including New York State's $178 billion pension fund, have urged the oil giant to change its business model for years. But the company shows no sign of listening.

Divesting my shares lifted a great burden. I'm both a direct descendent of one of the corporation's early executives and an architect devoted to green building practices.

My great-great grandfather Lauren J. Drake was a classic American success story. He started out as a clerk in a small store before becoming a railroad conductor and what the Chicago Tribune called a "roustabout wrestling barrels of oil" in Keokuk, Iowa. In his 1918 obituary, the newspaper said he served as "a confidant and business adviser of John D. Rockefeller” and “the other great petroleum wizards."

At the height of his career, my forebear led both Standard Oil of Indiana (which later became Amoco, then part of BP), and then Standard Oil of New Jersey. That firm became Esso, then Exxon. It's now ExxonMobil, one of the world's biggest oil and gas companies.

The Standard Oil stock my great-great grandfather bequeathed to his survivors appreciated tremendously for a century. Shares were handed down -- at deaths, marriages, and births. We all benefited from this legacy. Indeed, those assets financed most of my education.

But I chose a different path.

I became an educator on environmentally responsible architecture. My home is run on a mix of vegetable oil, solar panels, and other renewable sources, and I drive the first Prius sold in Connecticut. Yet I hung onto my Exxon stock, figuring it was better to seek change from within.

Just like some descendants of Standard Oil founder Rockefeller himself, I saw little change after years of advocacy. Once revelations surfaced of the degree to which ExxonMobil suppressed its own evidence regarding the industry's global-warming potential, it hit me:

What am I doing?

I can be thankful for what my forebears provided me. But if that gift undermines my family and our planet's very future, now is the time to change course.

I sold all the shares belonging to my immediate family late last year. I'm now reinvesting that money into greener things, including small-scale hydropower at my home in an 18th-century grist mill.

With virtuous irony, the education paid for by the company that became ExxonMobil encouraged me to think, challenge, and discover. This source of wealth helped me become a discerning, rational person -- and when necessary, an activist.

I'm not trying to vilify my great-great grandfather for what ExxonMobil has done. But we can blame the people and companies who are now recklessly and knowingly ignoring our common peril. Whatever brings on your own epiphany, I hope you'll see that it's time to divest from fossil fuels and invest in a climate-friendly future.

Lindsay Suter, AIA, LEED AP is an architect practicing sustainable design who guest lectures at Yale University and other schools. A supporter of the Divest-Invest movement, he lives in North Branford, Connecticut. DivestInvest.org