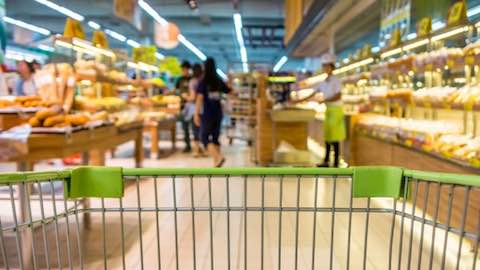 We should take note of the new laws in France banning plasticware and requiring supermarkets to donate food.

France has embarked on two experiments we should take note of. First, the nation just banned all non-biodegradable disposable plastic cups, plates, and utensils. Second, they passed a law requiring supermarkets to donate unspoiled food they don’t want to charities instead of throwing it away.

I used to work in a supermarket, so I’ve seen what gets thrown away. In fact, I’ve thrown good food away myself. Perfectly good loaves of bread, bagels, muffins, brownies, and pastries -- I put it all in the trash.

Why? Because I was required to, and I didn’t want to lose my job.

A few times, I broke the store’s rules. I diverted food from the trash and snuck it out to give it to homeless people.

I heard various explanations from the staff for why we couldn’t donate the food. One coworker claimed the store didn’t want a huge line of homeless people out the front door if word got out that free food was available. But that doesn’t explain why we didn’t give the food to a shelter.

No doubt every department in our store threw out perfectly good food that had passed its expiration date. In the bakery, very few products actually went bad on their expiration dates, but we threw the day old bread and pastries out anyway.

There was a sizable homeless population in our area who would’ve really appreciated that food.

France, at least, has decided to put an end to needless supermarket food waste by requiring the stores to donate it to charity, diverting it from the landfill.

As far as disposable kitchenware, with any number of reusable, biodegradable options, there’s simply no reason to use a plastic cup one time and throw it away.

France’s law actually offers an exception, allowing its citizens to continue using biodegradable plastic products. I understand the temptation -- especially when hosting a large gathering -- for one time use plasticware. And the desirability of “to go” cups that allow consumers to buy a beverage and leave, instead of staying put until they finish their drink, makes sense.

Although I appreciate that they’re allowing people the convenience and utility of disposable cups, plates, and silverware, I wonder about the details.

How does the biodegradable plastic biodegrade? Will it biodegrade in a landfill? Must it be composted?

The beauty of these two laws, for now, is that they aren’t happening here. We have a chance to watch how France implements them and works out the bugs.

By learning from their example, hopefully, we can figure out the best way to reduce food and plastic waste here.

OtherWords columnist Jill Richardson is the author of "Recipe for America: Why Our Food System Is Broken and What We Can Do to Fix It". Distributed by OtherWords.org.