To Work With a Degree 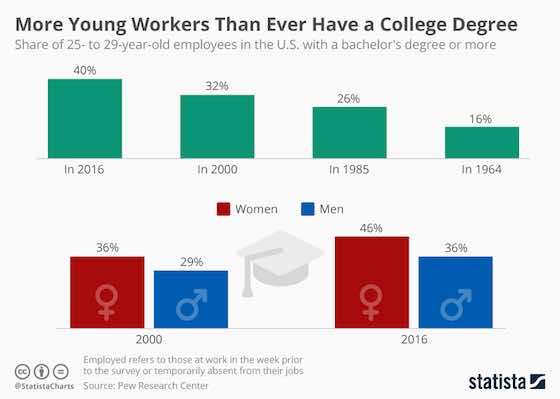 To Work With a Degree

More young workers than ever have a college degree.

There has been a steady increase in young people entering the workforce who have at least a college degree. While only 16 percent of the 25- to 29-year-olds among the Baby Boomer generation had a Bachelor's degree in 1964, the figure has risen to 40 percent among Millennials in 2016.

The chart above shows the share of 25- to 29-year-old employees in the U.S. with a bachelor's degree or more (in percent)

To Work With a College Degree - Jobs & Career Advice