Dealing with Threatening Behavior At Work 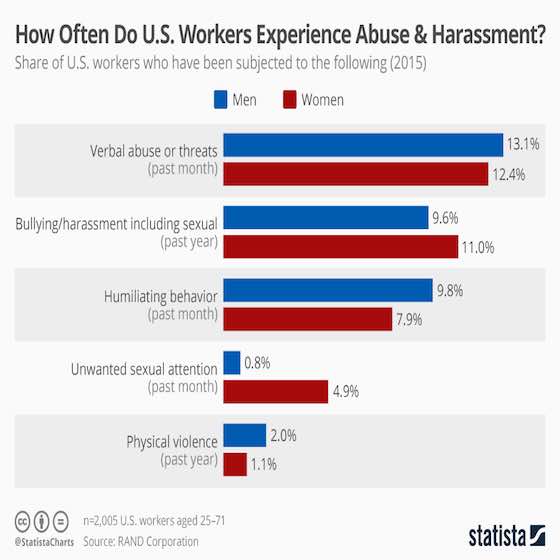 How often do American workers experience abuse & harassment? This chart shows the share of U.S. workers who have been subjected to abuse and harassment.

A new report from the RAND Corporation has examined the physical and emotional impact of the modern U.S. workplace.

It found that while some workers have to deal with physical exertion, many jobs also have a serious emotional impact on employees.

Bullying, violence and harassment are all serious problems in American working environments, though thankfully, only a minority of workers have had the misfortune to experience them.

How to Deal with Threatening Behavior At Work - Jobs & Career Advice