Who's Freelancing in America? 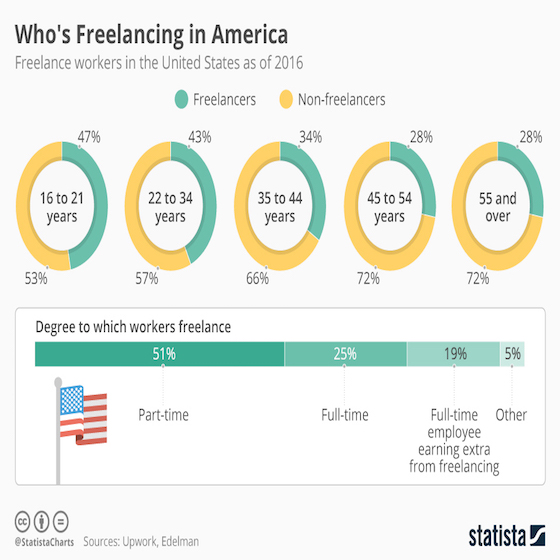 Who's Freelancing in America?

The chart shows age cohorts of freelance workers in the United States and degree to which workers freelance.

Freelancing is a popular mode of work across many professions. Also, because developments in digital technology have made it increasingly easy to work remotely. Most freelancers in the United States are from the younger cohorts and more than half of freelancers do so on a part-time basis, according to data compiled by Edelman Intelligence.

Many observers argue that freelancing will become even more common, so that in the future more older people will be freelancing too. According to the Freelancers Union 35 percent of the U.S. workforce, or 55 million people, were freelancers in 2016, two million more than in 2014.