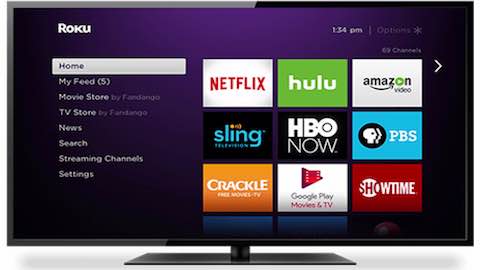 Streaming device company Roku IPO'd on the stock market with an opening price of $14, valuing the company at $1.3 billion. As our infographic shows, since the beginning of 2014, the number of active accounts -- those that have streamed content on the platform in the last 30 days -- has risen by 243% from 4.4 million to 15.1 million in Q2 this year.

According to a company press release, this strong and steady rise has led to Roku being the number one streaming platform in the U.S. when measured by the total number of hours streamed. 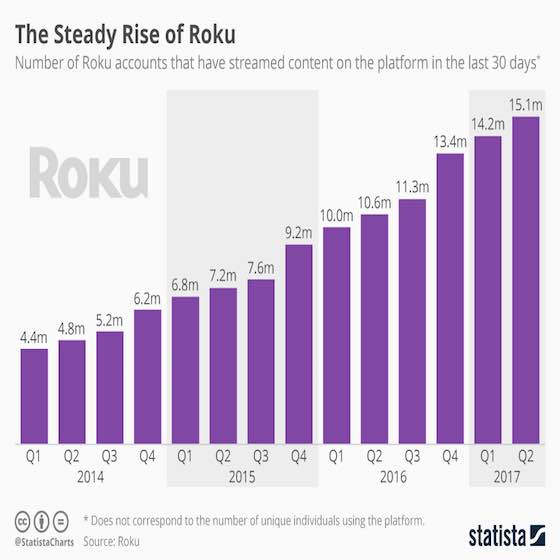 Roku, the maker of a popular TV streaming box that enables users to stream content from third-party providers such as Netflix, YouTube and others to any TV. Roku had 15.1 million active users at the end of June 2017 who streamed a total of 6.7 billion hours of content in the first half of the year. The company lost $24 million on $200 million in revenue during the first six months of 2017.

Having been an early entrant in the OTT streaming device market, Roku is facing intense competition these days.

Industry heavyweights such as Apple, Amazon and Google all sell similar devices and all of these companies have much deeper pockets than Roku has. Thus far however, Roku appears to be doing a remarkable job of holding its ground against its powerful rivals. According to comScore data, Roku's sticks and boxes were the most popular OTT streaming devices in the United States in April 2017.

Business: "The Steady Rise of Roku"