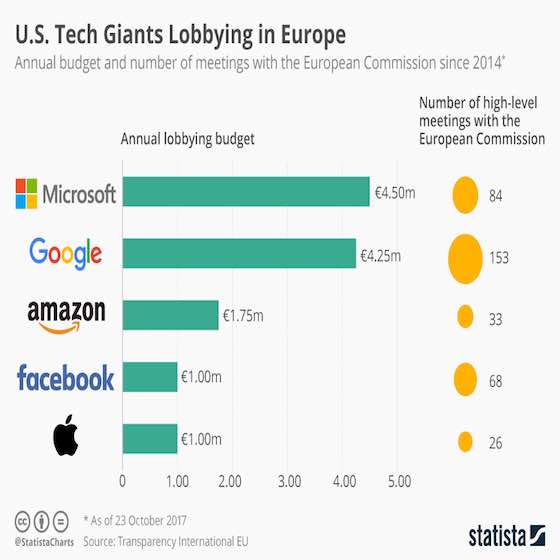 This chart shows the annual lobbying budget and number of meetings with the European Commission since 2014 by 5 of the largest American tech companies.

According to figures from Transparency International, when it comes to lobbying, the United States tech giant setting aside the most money in Europe is Microsoft.

Having had 84 high-level meetings with the European Commission since 2014, the Washington-based company has recorded 4.5 million euros of spending on lobbying. Close behind, but with many more meetings (153), Google had a budget of 4.25 million euros.