Companies Stockpiling the Most Profit Overseas 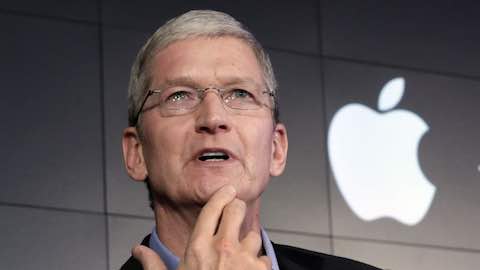 Companies Stockpiling the Most Profit Overseas

We looked at SEC fillings to rank the 50 corporations stockpiling the most profit overseas in one chart. We also highlighted a few trends from the data.

For the average American, corporate tax loopholes can seem maddening. A single U.S. resident making $50,000 per year will pay about 25 percent in federal taxes. Meanwhile, large, profitable U.S. corporations wind up paying an average of just 14 percent. And that's not to mention the two-thirds of corporations that pay no taxes at all through a combination of "depreciation allowances," "tax deductions for losses" and other handy methods of sidestepping Uncle Sam.

Still, the country's very largest corporations -- from Apple to Chevron to Goldman Sachs -- save the most money through an even simpler method: stockpiling billions in profit overseas. It's a tax strategy that has gained international attention with the release of the Panama Papers, a series of leaked law firm documents that expose people and corporations hoarding billions outside the country.

FindTheCompany, a corporate research site from Graphiq, set out to rank the 50 U.S. companies with the most profit stockpiled overseas. Specifically, FindTheCompany looked at Standard & Poor's 500 Index to analyze SEC filings for America's biggest companies. Similar to Bloomberg's analysis from last year, the team excluded purely domestic companies, real estate investment trusts and companies with headquarters outside America to provide the most relevant, apples-to-apples comparison.

The visualization below shows the amount of profit overseas among the 50 biggest stockpilers, up to and including 2015.

While the stockpilers in chief look like a who's who of mega corporations, the very top of the list includes mostly tech and pharmaceutical firms. These corporations derive much of their value from intellectual property -- like inventions, designs and drug formulas. Intangible assets like these are especially easy to move from one country to another.

Meanwhile, infrastructure-heavy corporations -- like transportation, retail and energy companies -- have a more difficult time separating profits from physical company assets, like drills, department stores or oil rigs. It's one reason why companies like Wal-Mart and Exxon Mobil appear lower on this list than they do on overall sales volume rankings.

Note that the totals in the visualization above represent the current total each company has stockpiled. Below, the team also visualized the amount each company's overseas stockpile increased or decreased in 2015 alone.

For example, General Electric saw its total offshore profits decline by $15 billion in 2015, dropping GE out of the top spot for the first time in six years. There are a number of possible reasons for GE's $15 billion decline, from moving money to reinvesting in international subsidiaries. Regardless, Microsoft took over as chief executive stockpiler as a result.

Change in Overseas Profits in 2015 | FindTheCompany

Part of the problem here is the United States tax system, which includes the third-highest top marginal corporate tax rate in the world: close to 40 percent. Compare that rate to the dozens of business-friendly alternatives around the globe, which boast corporate tax rates well under 20 percent. For Apple, Chevron and Goldman Sachs, it's a no-brainer: holding profits overseas translates to tens of billions in tax savings.

The presidential candidates have each proposed tax plans to bring the billions back home. Republican presidential frontrunner Donald Trump proposes a one-time 10 percent tax on any profits brought back to America. On the other side of the aisle, Vermont Sen. Bernie Sanders requests corporations pay U.S. taxes even on foreign profits. Former Secretary of State Hillary Clinton advocates for an exit tax, which would discourage companies from moving profits offshore in the first place.

Still, corporations have proven stubborn in the face of government-proposed solutions, with a series of nimble tactics for staying a step ahead of lawmakers. An Oxfam report found that most corporate profits were held in an "opaque and secretive network" of more than 1,600 subsidiaries. Tracking a major corporation's offshore profits can be next to impossible, with the money intentionally spread across a variety of regions and dummy firms. Such a complicated network makes it difficult to project what a given law would do with any real accuracy.

And then there's corporate incentive. Lawmakers and reporters have challenged Apple CEO Tim Cook several times on the company's offshore tax strategies, but Cook isn't budging. The Apple exec maintains his firm "pay[s] more taxes in this country than anyone [in raw dollar amount]," that two-thirds of Apple revenue comes from overseas and that the current tax code was "made for the industrial age, not the digital age." Cook holds that a 40 percent tax on corporate profits is "not reasonable."

Corporate tax proponents counter that companies benefit from tax-financed public goods, like infrastructure, education and health care. If firms reap the benefit from these programs, proponents maintain, they should chip in at least as much as individuals. It's only fair, they say.

But some corporations argue they already contribute to the country's well-being through job creation and day-to-day commerce. If the government's main argument is that corporations need to "pay their fair share," execs argue they already have. And beyond that, what other incentive do they have to willfully pay out more to Uncle Sam? Even average Americans can relate to that.