Companies Stashing the Most Money Offshore 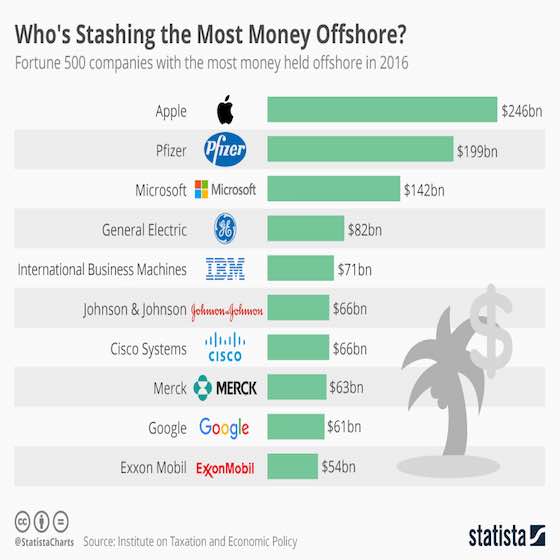 Companies Stashing the Most Money Offshore

Ten Fortune 500 companies held over one trillion dollars offshore in 2016.

According to a new report from the Institute on Taxation and Economic Policy, Apple is exploiting tax havens the most, with a total of $246 billion held in three subsidiaries in Ireland. This huge amount of cash led to an estimated tax avoidance of $77 billion.

Tech companies dominate the top end of the list, with Apple joined by Microsoft, IBM, Cisco Systems and Google to account for a combined $586 billion held offshore.