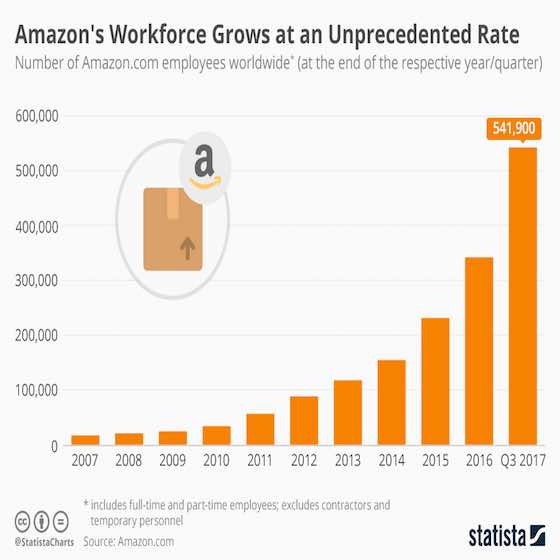 This chart illustrates the rapid growth of Amazon's global workforce since 2007.

Earlier this year, Amazon announced its plans to create 100,000 additional full-time jobs in the United States by mid-2018. Having acquired Whole Foods in the summer, it appears as if the company took a shortcut to reach that goal.

Between the end of June and the end of September, the e-commerce giant added a stunning 160,000 employees to its global workforce, of which roughly 90,000 are Whole Foods employees. Amazon is only the second U.S company to employ more than half a million people, but it will have a hard time grabbing the number 1 spot anytime soon: Walmart currently employs 2.3 million people around the world.