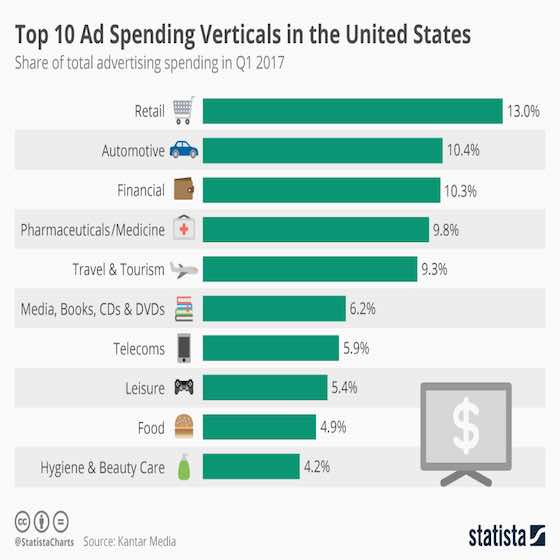 This chart shows the top 10 ad spending verticals in the United States.

The U.S. advertising industry is the largest in the world. Each year, companies spend around $200 billion in the United States to raise awareness for their products and services and ultimately to improve their sales. But which industry is the biggest spender?

Interestingly, the industry spending the most on advertising isn't one that makes a particular product but one that sells many products from different brands and producers. According to a Kantar Media report, the retail industry accounted for 13 percent of total ad spending in the U.S. in the first quarter of 2017.