9 Underrated Horror Books to Read Next 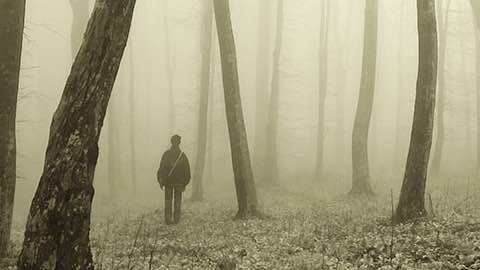 9 Underrated Horror Books to Read Next

Sometimes, the best horror books are those that float just under-the-radar, with only the help of dedicated readers and great word of mouth to keep them fueling our nightmares. We've included overlooked works of the masters, forgotten treasures, and terrifying true accounts to bring you nine underrated horror books to read next. 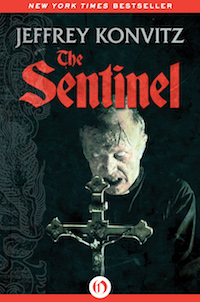 The Sentinel is classic horror at its best.

If you just can't get enough of "The Exorcist" and "Rosemary's Baby", try Jeffrey Konvitz's 1974 novel, "The Sentinel".

Like Rosemary's Baby, this novel features a young woman navigating her new apartment and strange neighbors -- but the neighbors have more in common with the unwanted visitor in The Exorcist.

Aspiring model Allison Parker finally moves into her dream apartment: a brownstone on Manhattan's Upper West Side. But her perfect home quickly turns hellish. The building is filled with a cast of sinister tenants, including a reclusive blind priest, who seems to watch her day and night through an upstairs window. Eventually, Allison starts hearing strange noises from the empty apartment above hers. Before long, she uncovers the building's demonic secret and is plunged into a nightmare of sinful misdeeds and boundless evil.

Konvitz was reportedly pretty freaked out while writing the book, and even more terrified by the strange (and scary) things that happened to him after it was published. 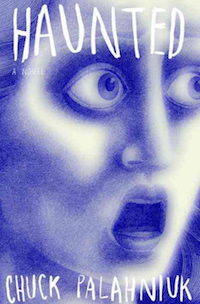 Palahniuk may be best-known for penning "Fight Club", but boy does he know how to write a sickening horror book.

"Haunted," an under-the-radar collection of twenty-three horrifying, hilarious, and stomach-churning stories that Palahniuk calls a "novel," is so terrifying that several people reportedly fainted while listening to him give a reading of "Guts." No, it wasn't us ... it happened to a friend of ours!

The stories are told by people who have answered an ad for a writer's retreat and unwittingly joined a survivor-like scenario where the host withholds heat, power, and food. As the storytellers grow more desperate, their tales become more extreme, and they ruthlessly plot to make themselves the hero of the reality show that will surely be made from their plight.

This is one of the most disturbing and outrageous books you'll ever read, one that could only come from the mind of Chuck Palahniuk. 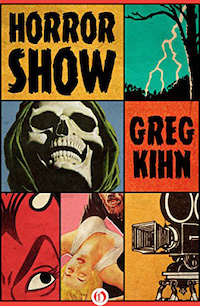 Horror Show tells the story of a young journalist -- Clint Stockbern -- who hopes to get the scoop from legendary '50s horror movie director Landis Woodley.

Stockbern uncovers a bizarre story of real-life horror on the urban legends involving a fictional 1957 horror movie called Cadaver, including the rumor that real corpses were used during filming -- placing a curse on the film and anyone involved with it.

Fans of classic horror movies will love this inventive blend of film and fiction. 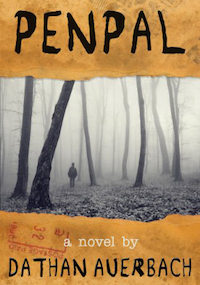 Inspired by an online horror thread of spooky experiences Auerbach founded, "Penpal" was destined to be published.

Auerbach raised over 1,000 percent of his Kickstarter goal to publish this book, which tells the story of a young man who goes back to his childhood to link together a series of terrifying events up to the present day.

That's where all that material from the forum comes into play.

Penpal proves you don't need a marketing machine or even a publisher to gain readers -- just a great story. 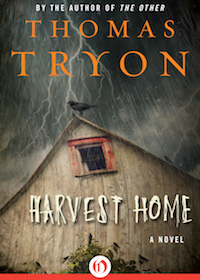 One of the touchstone horror novels of the 1970s, "Harvest Home" was Thomas Tryon's second novel and was published to wide critical and commercial acclaim.

In the 1970s, Thomas Tyron's novels were a huge success. But it's past time for a new generation to discover these horror books, including "Harvest Home".

When a family moves out to the country for some R&R, they find themselves embroiled in a community with a strange harvest tradition.

Fans of films like "Children of the Corn", "Signs", and "The Village" will recognize the chilling clues to the truth in this underrated horror classic. 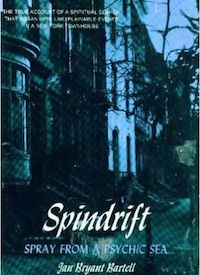 This terrifying memoir of a truly haunted life has been out-of-print for decades, meaning a whole generation of horror fans may not be familiar with the terrifying story behind it.

Jan Bryant Bartell lived for over a decade at 14 West 10th Street, a townhouse in NYC that was so plagued by paranormal activity it earned the nickname the "House of Death." Bartell and her husband finally had to flee, but not before she put her experiences down on paper in the form of her 1974 memoir, "Spindrift: Spray from a Psychic Sea".

Unfortunately, Bartell claimed the spirits of the House of Death followed her to her new home, and she died under mysterious circumstances just before the book was published. 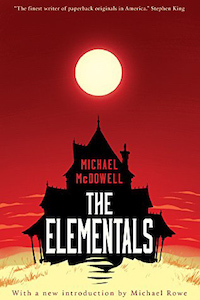 Michael McDowell is remembered as the writer of Tim Burton's "Beetlejuice" -- but he was also a horror novelist, often publishing under several pseudonyms.

Focused on the Southern gothic genre, his 1981 novel "The Elementals" perhaps best embodies the spirit of his work.

When two families hope to summer together in homes on the Gulf coast of Alabama, they find a sinister force squatting in one abandoned home nearby.

McDowell's career was cut tragically short when he died of AIDS related illness in 1999. 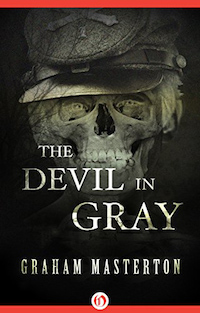 8. The Devil in Gray

Graham Masterton is one of the most prolific horror writers of the 20th century.

When the malevolent ghost of a Confederate solider is released from his ancient burial ground, he begins to brutally massacre the descendants of his enemies.

To say that his work is underrated is inaccurate, but we found his 2004 novel, "The Devil in Gray", lacked adequate praise. 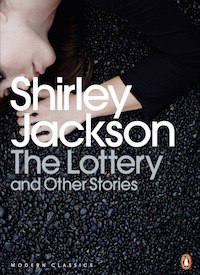 9. The Lottery and Other Stories

Shirley Jackson's short story "The Lottery" may be one of the most infamous short stories ever written, but the collection in which it rests remains widely unread and under-celebrated.

Published in 1948, The Lottery contains 26 bone-chilling short stories, most featuring a man in a blue suit who sometimes goes by the name "James Harris," "James," or "Jim."

He keeps popping up -- but who is he?

Clues to his identity are scattered throughout this excellent, overlooked collection.

Shirley Jackson's "The Lottery" created a sensation when it was first published in The New Yorker in 1948. "Power and haunting," and "nights of unrest" were typical reader responses. Today it is considered a classic work of short fiction, a story remarkable for its combination of subtle suspense and pitch-perfect descriptions of both the chilling and the mundane.

This story was originally featured on The-Line-Up.com.