A Selection of Great World War I Books 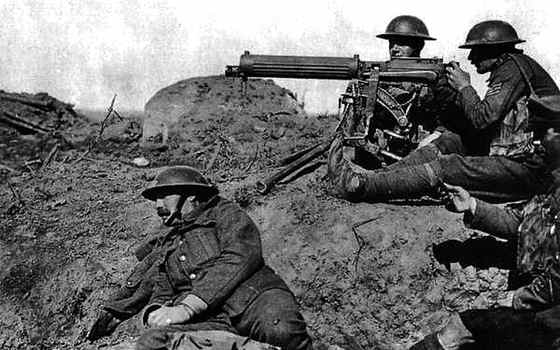 Book Review: A Selection of Great World War I Books

The Sleepwalkers: How Europe Went to War in 1914

The Cambridge historian argues that responsibility for the outbreak of war was so widely distributed that searching for blame is unhelpful.

Europe's meltdown from 1870 to 1914 told with verve and arresting character sketches.

Hastings takes a typically robust approach: Germany in 1914, with its militaristic generals, represented a malign force whose triumph had to be resisted by all means.

1913: In Search of the World Before the Great War

A tour of the pre-war world that was globalized, inter-dependent and full of intellectual and technical innovation.

The TV presenter chronicles a conflict which brought an imperial power close to bankruptcy and produced a society more recognizably like our own today.

War by Timetable: How the First World War Began

Classic 1969 study, now re-issued as an eBook, from a historian who insisted on the role of contingency in great events.

A classic for its portrayal of the impact of WWI on the lives of women, describing the author's work as a nurse in London, Malta and France.

A Farewell To Arms

A first-person account of US lieutenant in the ambulance corps of the Italian Army. Bleak stuff.

Comic exploration of the futility of participating in a war which many of its characters do not understand, on behalf of a country -- Austria-Hungary -- to which they have no loyalty.

Description of some of the fiercest fighting of the war, in the Alps between the Italian army and the forces of the Austro-Hungarian Empire.

A novel of the lives and fears of the pilots of the early biplanes.

All Quiet on the Western Front

German soldiers' extreme physical and mental stress during the war, and the detachment from civilian life they felt on returning home.

Book Review: A Selection of Great World War I Books