Donald Sterling Tarnished All He Touched 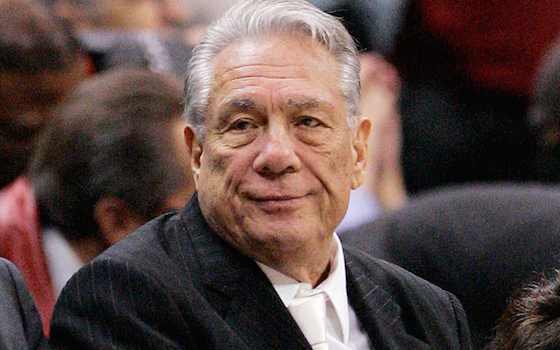 Donald Sterling Tarnished All He Touched

, 80, the now-banished owner of the , reminds me of every guy I've heard say, "I can't be racist. I've even dated black women."

Recordings released by the gossip website TMZ and confirmed by the of Sterling, who is white, making racist comments to his mixed-race lady friend shows how some people can have ample cross-cultural contacts and still sound like a bigot.

It is startling to hear Sterling berate his lady friend V. Stiviano for, of all things, letting herself be seen in public spending time with "black people." For one thing, as she points out to Sterling, she's half-black and half-Mexican.

For another, I would add, an team owned by a guy who doesn't like black people? That makes about as much sense as a cattle ranch owned by a vegan.

Yet Sterling sounds very serious in the tapes that Stiviano should avoid being seen in public with black people, regardless of what she does with "them" in private -- and stop to bringing blacks to games.

To his credit, newly installed NBA Commissioner acted quickly and decisively to resolve the controversy. He announced Tuesday that the league banned Sterling for life and fined him . Silver declared he would "do everything in my power" to see that Sterling is forced to sell the .

Better late than never. My lingering question about this soap opera is how and why it took so long? Sterling has had serious civil rights and housing rights charges dating back almost 30 years.

A portrait of a double life emerges. In one, Sterling has made his fortune, estimated by at , in a sport dominated by black players. He dates a woman of color. He receives awards from the chapter of the , which canceled a second "lifetime achievement" award the organization had planned to give him in May.

In his other life, he is a "Slumlord Billionaire," as a headline in the left-progressive describes him, with a 30-year history of charges, complaints and expensive settlements that include sexual harassment and housing discrimination.

In 2009, for example, in what the called its largest housing discrimination settlement in history, he agreed to pay following allegations that he refused to rent apartments to Hispanics, blacks or families with children.

The charges included statements he allegedly made to employees that black and Hispanic families were not desirable tenants.

Six years earlier, in a case charging that Sterling tried to drive non-Korean tenants out of apartments he bought in the city's Koreatown section, Sterling reached an undisclosed settlement with the Housing Rights Center in and a group of tenants. He agreed to pay nearly in legal fees. Little of this caused a ripple in the sports community, which is hardly unacquainted with scandals of various sorts. But you might think the chapter of the nation's oldest and largest civil rights organization, the , might have paid closer attention before honoring Sterling with a lifetime achievement award in 2009, let alone the second one it had planned to present.

In a somewhat awkward news conference Monday, branch President acknowledged that Sterling had donated what he called "an insignificant amount of money" over "maybe 15 to 20 years," although Jenkins would not give a dollar amount. Regardless of the amount, he said, "we're going to return it."

Good idea. It is particularly embarrassing for the to honor a man who, according to the , made much of his real estate fortune by refusing to lease to people who looked like most of his team's players, African-Americans.

The pro sports community is less easily embarrassed. "Pro sports have their own legacy of ignorance as bliss," , an panelist and visiting professor of journalism at the , writes in The Guardian. "The sudden Sterling backlash exposed a mythology that we've allowed to grow in sport's billion-dollar commercial industrialization: sport leads social change."

Indeed, sometimes it does, as we saw in the glorious example of breaking baseball's color barrier. But Sterling tarnishes everybody he has touched. He reveals how easily racism, sexism and other bad behavior can be ignored -- until a scandal blows it back in our faces.

"Donald Sterling Tarnished All He Touched"