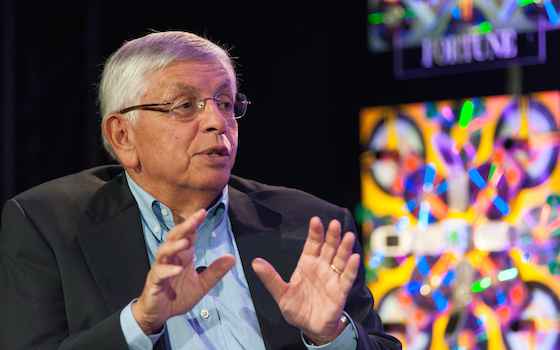 Seven-time All-Star Alonzo Mourning and former NBA commissioner David Stern lead the list of 10 members of the Class of 2014 announced by the Naismith Memorial Basketball Hall of Fame.

They will be honored during this year's enshrinement ceremonies on August 7-9, 2014.

They will join five directly elected members who were announced during the NBA All-Star Weekend in February by distinguished committees focused on preserving all areas from the game of basketball.

They include Bob Leonard voted in from the American Basketball Association (ABA) Committee, Nat Clifton from the Early African American Pioneers Committee, Sarunas Marciulionis from the International Committee, Guy Rodgers from the Veterans Committee and former NBA commissioner David Stern from the Contributor Direct Election Committee.

"Each inductee has made great strides in the sport and serves as an inspiration to many. We look forward to honoring each of these well-deserving members during the Enshrinement Ceremonies," Doleva added.

To be enshrined, finalists required 18 of 24 votes from the Honors Committee for election into the Naismith Memorial Basketball Hall of Fame.

The addition of the direct elect committees were incorporated into the election process to maintain a strong focus on keeping history on the forefront of the voting procedures and to preserve a balance between two eras of basketball.

"This 2014 class is a highly distinguished group of individuals who represent many decades and eras of basketball," said Jerry Colangelo, Chairman of the Naismith Memorial Basketball Hall of Fame Board.

"Each year, we follow the tradition of recognizing those who have been leaders in the game of basketball, and this is a special year with a remarkable group of inductees," Colangelo added.