Black Athletes are Not Charity Cases 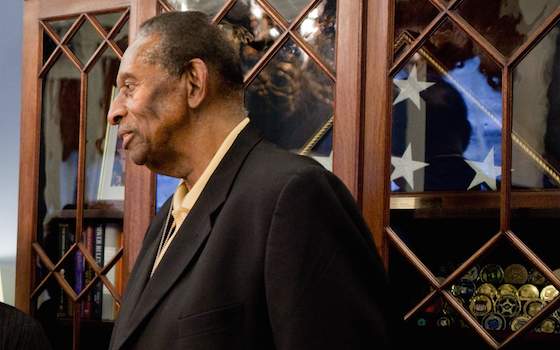 Black Athletes are Not Charity Cases

The outrageously bigoted remarks attributed to the owner of the basketball team mock the positive role black athletes have played in professional sports, even as those sports have served as an exit ramp from poverty.

Perhaps the most incredible of owner taped remarks came when his former girlfriend reminded him that he had a whole team made up of black players. His response was:

"I support them and give them food and clothes and cars and houses. Does someone else give it to them? Who makes this game? Do I make this game or do they make this game?"

Sterling seems to think he's handing out charity to the highly skilled players who make money for him every time they step onto the court. They ought to refuse to play anymore this season. But because the , long a doormat, are still going strong in the playoffs, that's not going to happen.

For many years, the sport of boxing was the most notable avenue for young African-American men to escape poverty and gain riches and at least a modicum of social acceptance in white society.

At least eight of the 10 boxers usually regarded to be among the greatest (including , who proclaimed himself to be just that) were African-American. Since the reign of heavyweight , thousands of black fighters in all divisions have won fame and fortune in the squared ring.

Other fight experts would cite , who dominated the sport at the turn of the last century, to the consternation and even the hatred of much of white America. A quest for a "great white hope" captivated the boxing world but was foiled when Johnson knocked out former heavyweight champion , a white man, in 1910.

For decades afterward, however, black athletes remained barred from the major pro baseball and football leagues, though they excelled in leagues of their own in both sports, but without the monetary rewards of the white leagues.

The breaking of the color line in baseball did not come until 1947, when Brooklyn Dodgers owner Branch Rickey brought up from his farm team in young . Again racial animosity broke out on the field and in the stands, eventually overcome by Robinson's brilliant all-around play.

In the , the last owner to draft a black player was of the in 1962, when he finally yielded to public pressure and picked the first black Heisman Trophy winner, of Syracuse. Marshall then traded him to and acquired another African-American, , who became a Hall of Fame running back and receiver.

(The current owner, , remains under wide public condemnation for clinging to his team's nickname amid wide protest from Native American and other groups.)

As for pro basketball, the first African-Americans were not drafted into the until 1950, when three were chosen. The first was of , but the first to play in a regular season game was of , for the old Washington Capitols, The third was Nat "Sweetwater" Clifton from the all-black Harlem Globetrotters, signed by the .

According to the official website, as the Capitols' announcer read the team's lineup, "a white man in the front row asked: 'Do you think this n----- can play basketball?' Lloyd's mother, Betty, who was sitting just behind the man, leaned forward and told him not to worry: 'The n-----,' she said, 'can play.' "

Lloyd played seven games that year before going into the army and serving in Korea. Upon returning, he played nine years, ending in , where in 1970 he became the first African-American full-time coach, and he was elected to the in 2003.

The pool of outstanding black players was so abundant that the floodgates were soon open, to the point that currently about three-quarters of all players are African-American, including its most dominant players, from , now himself an owner, to Most Valuable Player LeBron James.

"Black Athletes are Not Charity Cases"