The Most Fuel Efficient Cars 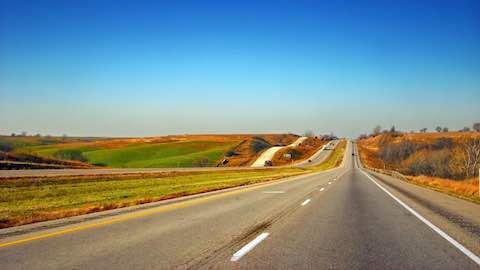 The Most Fuel Efficient Cars

AIf you're interested in saving money and reducing your carbon footprint, take a look at the 15 most fuel-efficient new cars of 2016.

Fuel efficiency has become increasingly important to today's car buyers. Not only does it help save money on gas, but it also reduces one's carbon footprint. Many car companies have adopted fuel economy as a central strategy for their business, even for their performance models.

The earth-friendly gear heads at AxleGeeks, a vehicle data site that's part of the Graphiq network, wanted to find out which cars are the most fuel-efficient of 2016. We used data from Edmunds.com to create a list of the 15 slowest-sipping new cars out there this year. Only base models and cars that consume some form of fossil fuel were considered for the list.

If you're interested in saving money and reducing your carbon footprint, take a look at the 15 most fuel-efficient new cars of 2016.

The Most Fuel-Efficient Cars | AxleGeeks

If you're looking to get the most fuel efficiency bang for your buck, look no further than the Toyota Prius C. Starting at just $19,560, the Prius C has the best value-to-fuel efficiency ratio, achieving 50 MPG. For luxury buyers who want to double as conservationists, the Lexus ES300h takes the cake. It starts at $41,020 and achieves 40 MPG. Toyota is definitively the most represented manufacturer on our list, with five Toyota models and two Lexus models. Second place goes to Ford, with two Ford models and one Lincoln model. In third place is Hyundai, the parent company of Kia, with one model from each brand.

As fuel economy becomes increasingly emphasized in vehicle design, even these impressively efficient vehicles will be improved.

"The Most Fuel Efficient Cars"