The 10 Most Fuel-Efficient SUVs 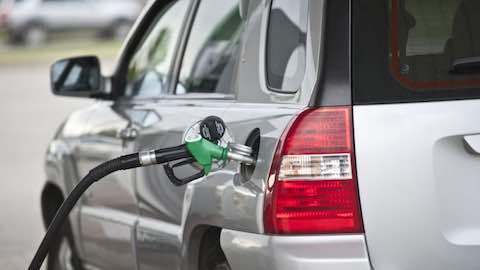 The 10 Most Fuel-Efficient SUVs

The best SUVs combine sportiness and utility into one vehicle; a versatile and practical choice for motorists who want the qualities of a car and a truck rolled into one. More than ever before, SUVs and crossovers of all kinds offer luxury comforts and rugged performance, ideal for people of all ages and families of all sizes.

However, no SUV would be complete without some cost-saving fuel efficiency for trips both long and short. Finding one that sips gas (rather than guzzling it) doesn't have to be difficult. The experts at AxleGeeks, a transportation research site powered by Graphiq, took a look at the base models of each gas-powered 2016 SUV and ranked them according to the best combined city and highway miles per gallon. When ties occur, SUVs are ordered by price.

Take a look at the top 10 most fuel-efficient SUVs that strike a perfect chord between practicality and gas economy.

Buyers seeking a larger, yet affordable, SUV with good gas mileage can check out the midsize Mitsubishi Outlander. A sub-$23,000 vehicle with up to 28 mpg in combined gas mileage. Other fuel efficient numbers, like 25 mpg city and 31 mpg highway, make the Outlander a money-saving choice.

Buick, known more for larger, luxurious cars, took a turn into crossover territory with the Encore. With that change came a sporty, economical vehicle that saves money on gas without sacrificing its premium image. The Encore performs at a combined gas mileage of 29 mpg, an average between its city mileage of 25 mpg and highway economy of 33 mpg. At just over $24,000, it's an affordable entry into the SUV luxury segment in price point and fuel savings.

The compact crossover earns 29 mpg combined - 3.5 more per gallon on average than immediate rivals in the segment. The CR-V, built on a Honda Civic platform, maximizes its gas usage no matter where your runabouts take you.

Nissan's Rogue S goes against the grain in its fuel efficiency numbers. Most impressive is a 29 mile-per-gallon economy that's 6 mpg more on average than others in the larger compact crossover segment. The Nissan Rogue, like Mazda and Honda models, is one fuel efficient purchase motorists can make if they're seeking economy and money savings.

The Fiat 500x was engineered to navigate twisty European roads. So, naturally its fuel efficiency numbers must be on par for a crossover SUV of its kind. The Pop trim level will cost buyers an even $20,000, and owners can expect a combined gas mileage of 29 mpg. Even when the 500x isn't traversing winding paths, it ekes out an impressive 34 mpg on straightaway highway treks.

Fuel efficiency and Honda vehicles go hand in hand, and the HR-V is no exception. Buyers pressed between choosing the HR-V and other crossovers in the immediate class will find the Honda has a slight advantage in fuel efficiency.

Taking the compact SUV to the luxury level, Mercedes-Benz's GLA-Class of crossovers manages a robust 30 combined miles per gallon, four more on average than vehicles in its immediate class. In the city and on the highway, the GLA250 base model attains 25 and 35 mpg, respectively - numbers not usually found in vehicles that take premium fuel.

The bigger brother of the CX-3, Mazda's CX-5 compact crossover manages to surpass most others in its class in fuel economy. This model arrives at an affordable price point with the efficiency expected from the Japanese marque.

The LS trim level of Chevy's Trax keeps things fuel efficient on the way to the pump and out on the road. The Trax's 30 combined miles per gallon is a major gas savings factor for an SUV costing just over $20,000 MSRP. Built for long road trips, Trax owners can expect 34 highway mpg for maximum fuel economy.

Mazda's subcompact crossover, revealed to the public in 2014, gives most other SUVs on the market a run for their gas money. A 2.0-liter inline four-cylinder engine sends power through an automatic transmission, achieving an impressive 32 mpg combined. The impressive highway mileage makes the Mazda CX-3 Sport one of the most fuel efficient SUVs in years.

"The 10 Most Fuel-Efficient SUVs"