States With the Safest Drivers 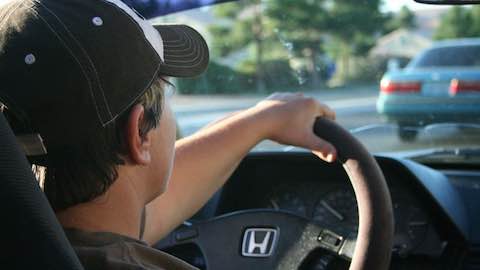 States With the Safest Drivers

The personal car changed how people live their lives, but driving also causes many injuries and deaths. According to the Centers for Disease Control and Prevention, over 30,000 people are killed in car accidents annually in the U.S. In 2013, these deaths amounted to $44 billion lost in medical and work costs. Compared to the peak of car accident fatalities in the early-twentieth century, though, driving these days is safer than ever before.

After Ford introduced the Model T, the first car created for the average American, the number of people driving increased and led to historically high numbers of car-related fatalities in the 1920s and 1930s.

However, a few notable advances helped drastically lower the risk of driving. In 1968, the Motor Vehicle Safety Standard law required all vehicles except buses to have seatbelts, and in 1984, individual states started mandating that all passengers wear them. By 1991, the U.S. Intermodal Surface Transportation Efficiency Act required passenger cars and trucks built after 1998 to have airbags for both the driver and front passenger.

Though America has seen decreases in automobile fatalities across all states, some have fared better than others.

HealthGrove, a Graphiq data visualization site, crunched the numbers from the CDC to discover which states have the safest drivers. The data show that states in the Great Plains and Deep South tend to have the highest rates of car accident deaths, while the West and Northeast have the lowest.

Many factors might contribute to this trend, such as rurality, speed limits and the functionality of local public transportation. The states with the highest fatality rates tend to have some of the highest speed limits. Additionally, they tend to be less urbanized and more sprawling, which increases the need to drive. In rural, low-income areas, people are also more likely to drive older cars, which have poorer crash protection.

Though driving has become much less dangerous in the past 80 years, current technological advancements promise an even brighter future. It might be a while before everyone has a self-driving car, but the road getting there looks safer than ever.

More: States With the Most Dangerous Drivers

"States With the Safest Drivers"