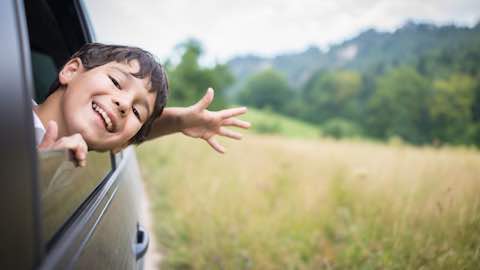 AxleGeeks read Edmunds user reviews of the highest rated cars since 2010, and synthesized these reviews to pull out the features and characteristics car owners liked most about their vehicles. Only base models and cars with at least 30 user reviews were considered.

Though every car has strengths and weaknesses, some stand out more than others. Some owners love sleek styling, others practicality and fuel efficiency. No matter what you're looking for in a car, reading reviews can be hugely helpful. Most people who truly love their car want others to know how happy they are.

AxleGeeks, a vehicle data site and part of the Graphiq network, did some research to find out which cars owners have loved most since 2010. Gathering user reviews from Edmunds, a leading car shopping website, the team found the 15 cars that owners rated highest and what sets them apart.

The data used to build this list considers only the base model of each vehicle listed. No manufacturer upgrades or aftermarket packages were included in the analysis. Additionally, only vehicles with at least 30 user reviews were considered for the list. It's important to note that a car not making the list isn't necessarily inferior to those that did. AxleGeeks gathered this information solely to inform readers that customers speak very highly of these vehicles, not to declare a definitive best car.

If you're in the market for a car, check out the 15 vehicles Edmunds reviewers suggest are the most loved cars since 2010.

The vast majority of Edmunds reviewers said that the Challenger is fun to drive, powerful and looks great. Many also said that they really like the car's technology, saying it's intuitively designed and readily accessible while driving. Some said that despite the size of the car, it doesn't feel cumbersome on the road. In comparison to other American muscle competition, one reviewer said the Challenger is "far more roomy than the Mustang, more comfortable than the Camaro."

Reviewers said they loved the comfortable ride and luxurious interior of the 2010 E-Class. Many said that despite how quiet and smooth the spacious sedan is, the paddle shifters and sporty styling made them feel like they were driving a race car. Another standout feature many reviewers said they loved about the E-Class is the standard Harmon-Kardon sound system. One loving owner said the car "makes me feel great every time I look at it, sit in it and drive it."

Many reviewers said they were impressed by the combination of the Q5's 2.0 liter turbocharged engine and AWD drivetrain, which made for great pickup without sacrificing fuel economy. Another favorite styling feature among Edmunds reviewers was Audi's signature LED headlights and taillights. Most reviewers also said the car's easy to navigate multimedia interface was a major plus, especially in combination with the Bang & Olufsen sound system. One reviewer summed up the car's best features quite succinctly, saying that the car is "far superior to the competition with a great blend of style, luxury, comfort and economy."

Reviewers of the 2010 TSX rave that the car is an exceptional value for the money. The majority said that the car is very reliable, fun to drive and well-equipped, even as a base model. Others said they were impressed by the 2.4 liter engine's power output and fuel economy. All around, reviewers said the TSX "is a very fine automobile measurable to any luxury sports sedan on the market."

Many reviewers of the 2011 Regal said they were extremely impressed by the car's quality, cabin comfort and handling, comparing it to Mercedes-Benz and Lincoln. Some reviewers said that though Buick's great value gives the brand a reputation as an "old person's car", the Regal's updated styling and sharp driving dynamics surely break the stereotype. One reviewer summed up the car's characteristics in just four words: "Sporty, attention-getting workhorse."

Most Edmunds reviewers said the best feature of the Insight is its ability to achieve around 50 mpg. Many said that the car is much more spacious than other cars in its price range, and is an excellent value for the money. Others said they loved the car's electronics, easy-to-use dash layout and the efficiency-optimizing ECO mode that smooths throttle input and reduces air conditioner activity.

Edmunds reviewers loved the ES 350 for its comfortable interior, build quality, reliability and fuel economy. Most reviewers agreed that the sedan was a superb value, feeling just as luxurious and being just as much fun to drive as comparable European models.

The majority of Edmunds reviewers said that the Mazda 3's slick 6-speed manual transmission coupled with its powerful 2.5-liter engine made the car an absolute joy to drive both on long highway trips and on curvy roads. Other reviewers said they were impressed by the interior finishings of the car, noting the comfortable seats and intuitive entertainment system.

Many 2012 S60 reviewers said they loved the car because it offered excellent driving dynamics and power, all wrapped up in an understated but elegant body. Most reviewers said that Volvo's reputation for safety was another major high point of the vehicle, as well as its comfortable interior and fuel efficiency.

Almost every Edmunds reviewer loved the versatility provided by the Volt's unique powertrain setup that allows the vehicle to travel around 30 miles in pure electric drive, after which the gas engine activates to recharge the vehicle's battery, engaging to the drivetrain only when extra pickup is demanded. For many reviewers, this meant that they often used no gas at all when making short trips around town or to work. In addition to the Volt's excellent fuel economy, many reviewers said the torque of the all-electric drivetrain made the hybrid fun to drive.

Many reviewers said that they were pleased with the XC60's fuel economy, safety ratings and value. Others said they loved the interior and exterior styling of the vehicle, as well as its luxurious finishings and intuitive media interface. One reviewer noted that the car also has 3 inches more ground clearance than comparable cars from Mercedes-Benz and Audi.

Yes, the car nuts at AxleGeeks are aware that the Mazdaspeed 3 is not technically the base model of the Mazda 3 (which also made this list, thus the disclaimer), but it is included nonetheless since Edmunds classifies the Mazdaspeed 3 as an entirely different model. Reviewers said the turbocharged engine provides ample power without sacrificing fuel economy, and the upgraded suspension made for excellent handling on both road and track. On top of its driving dynamics, many reviewers said the car was comfortable and roomy enough to carry passengers and cargo.

Multiple Edmunds reviewers rave that the Fusion Hybrid is the best car they have ever owned. Most reviewers said that the car has plenty of power and is stable, quiet and comfortable. Several reviewers also praised the vehicle's reliability, having done over 100,000 miles in the car with few major issues.

Your eyes do not deceive you -- the Audi Q5 did in fact make this list twice, with the 2010 model rated even higher than the 2011. The majority of Edmunds reviewers said that the 2010 Q5's Quattro AWD drivetrain made the car feel very safe and stable even in inclement weather. Many reviewers also said that the look, feel and superior quality of the vehicle made them very happy owners, and that they would not hesitate to buy another Q5 in the future.

Though the 2010 BMW X5 diesel takes the cake for highest user rated base model on Edmunds since 2010, there are some other noteworthy trends in this list. The Audi Q5 is featured twice, as are two variants of the Mazda 3 hatchback. Volvo also has two cars that made the list. Finally, three hybrid models made the list, indicating that fuel economy has a significant impact on customer satisfaction.