Ford and Ram Among the Best Truck Brands 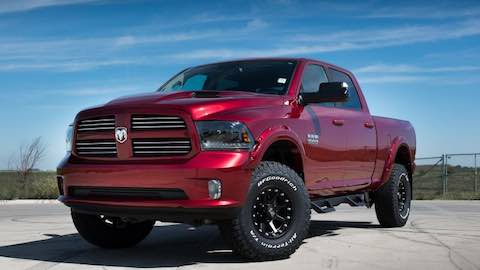 Ford and Ram Among the Best Truck Brands

Performance can make or break a truck's reputation. With each major brand vying for the "best-in-class" title, buyers looking for dependability should weigh a truck's features against its fuel efficiency.

The list is sorted based on Truck Rating, ending with the top-rated brand.

While Toyota is a brand known for its reliability, its trucks don't measure up in power capabilities. Its payload capacity average of 1,398 pounds falls short of the 2,579-pound average set by Chevrolet's models.

Ram trucks perform exceptionally well with a best-in-class towing capacity average of 17,130 pounds, more than doubling Toyota's 8,150-pound average. Its lone detriment is its lower fuel efficiency, causing Ram trucks to peak at the No. 2 spot.

Best-in-class torque and payload capacity earned Ford the No. 1 spot. Furthermore, its trucks deliver excellent fuel efficiency, making the brand an attractive option for those who want the perfect mix of industry-leading performance and savings at the pump.

"Ford and Ram Among the Best Truck Brands"