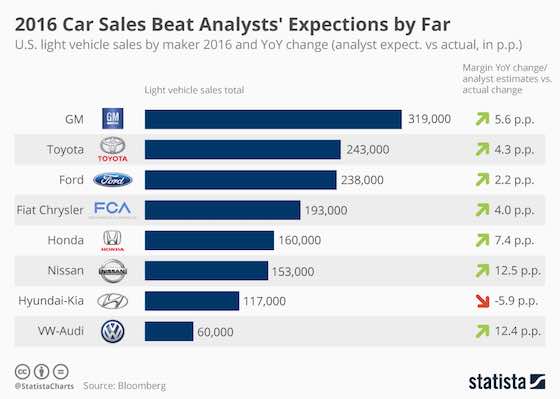 2016 was the seventh year of growth in a row thanks to aggressive discounting and burgeoning U.S. consumer confidence, according to Bloomberg News.

Ther chart above shows U.S. light vehicle sales by manufacturer in 2016 and YoY change (analysts' expect. vs actual, in p.p.)