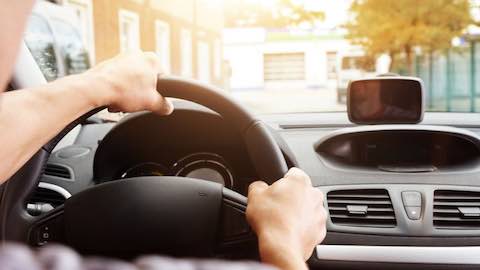 AxleGeeks used data from the National Highway Traffic Safety Administration to identify the brands with the fewest vehicles recalled since Jan. 1, 2015.

When considering the overall quality of a car, factors from safety to fuel efficiency must be examined. Dependability also undoubtedly plays an important role. Better construction not only means greater confidence in your investment, but also fewer trips to repair manufacturer defects.

The data experts at AxleGeeks sought out the car brands with the fewest vehicles affected by safety recalls since Jan. 1, 2015. With data from the National Highway Traffic Safety Administration, we ranked the brands from most to fewest affected vehicles. However, the total volume of cars produced by a given manufacturer is unavailable, making it impossible to determine what percentage of a brand's vehicles ultimately fall victim to manufacturer defects. Lower volume of production will naturally lead to fewer vehicles affected by recalls. An authority on cars and car brands, AxleGeeks recently launched an app to provide users with the latest information on the go.

Note: While we considered recalls reported after Jan. 1, 2015, they do not necessarily affect vehicles made in 2015 and, in fact, are more likely to affect older models.

BMW has issued 19 recalls since 2015, affecting over 1.5 million models and surpassing totals reported by other luxury manufacturers such as Mercedes- Benz.

In 2016, the luxury manufacturer issued recalls on just under 850,000 models, more than doubling the amount of models affected in the previous year.

Kia witnessed a spike in recalls since 2015, with over 950,000 models affected, close to a six-fold increase from 2014. Despite the surge in recalls, it still reported fewer vehicles impacted by recalls than Ford and Chevrolet.

With just over 600,000 models reported for recalls, Subaru reported far fewer affected vehicles than other manufacturers like Hyundai and Chrysler.

The luxury manufacturer issued 10 recalls affecting over 200,000 of its models.

Tesla administered only one recall since 2015 that affected just under 60,000 vehicles.

Volvo has issued 15 recalls since 2015, affecting just 45,000 models -- a far fall from totals reported by luxury competitors like BMW.

With just five recalls issued since 2015, only 13,427 Jaguar models were affected by recalls.

Note: Because total production numbers for each brand are unavailable, we are not able to calculate the percentage of vehicles ultimately needed repairs due to manufacturer defects. Lower volume of production will naturally lead to fewer vehicles affected by recalls.