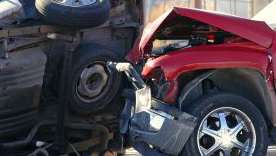 Nearly half of young Aussie drivers who get behind the wheel the morning after a big night out believe they are probably still drunk. That was one of the findings of a recent study conducted by one of the country’s leading car insurance companies, AAMI, and it indicates the depth of a problem that is not confined to Australia. Young drivers all over the world, including the United States, are disproportionately more likely to be involved in a fatal accident than older drivers -- and that should send chills down the backbones of parents the world over.

Data from the 10th annual AAMI Young Drivers Index showed 46 percent of young drivers believed they may still have been over the legal limit when driving the morning after a night of heavy drinking, despite the fact they were risking heavy fines, criminal convictions and most important, the safety of road users. The fact that they suspected they were impaired and still drove is the crux of the issue.

“It’s a damning statistic,” says AAMI spokesman Mike Sopinski. “Many young drivers need to have a long, hard think about alcohol and start making better personal choices before they jump behind the wheel.”

The index analyzed the driving attitudes of people between the ages of 18 and 24 in relation to alcohol, drugs, speed, fatigue and technology usage, and the results were, well, sobering. For instance, though Australia has embarked on a strong campaign against drunken driving by young people, its effect has been limited. In the most recent study, 12 percent of young drivers say it’s OK to drink and drive if they feel capable, down just three percentage points from the 15 percent who felt the same way in 2001.

But at least attitudes on drinking and driving indicated a move in the right direction. That was not the case with three other dangerous behaviors: mobile phone use, aggressive driving and driving while fatigued. In a recent survey, mobile phone usage behind the wheel has rocketed upward from 30 percent in 2001 to 50 percent. And young people are now three times more likely to tailgate (i.e., drive too closely to the vehicle in front of them) out of anger or frustration than they were 10 years ago. In 2001, only 12 percent said they were likely to tailgate, versus 36 percent in the most recent survey. The number of young people who said they would pull over if they were tired has plummeted from 64 percent in 2001 to just 38 percent in the most recent survey.

Professor Russell Gruen, director of The Alfred hospital’s National Trauma Research Institute, says that while some things have changed over the past decade, one thing has not: Young drivers are still overrepresented in fatality statistics. Injured drivers are most commonly male and under 24 years of age. Of the 2,471 admissions to Gruen’s hospital for road-related trauma between 2002 and 2009, 1,767 were young men between the ages of 18 and 24.

“Every injured young driver brings a painful reminder of the fragility of the human body, even when it’s young, strong and seemingly immortal,” says Gruen. “In a split second, a young person with a promising future can become a road toll statistic.”