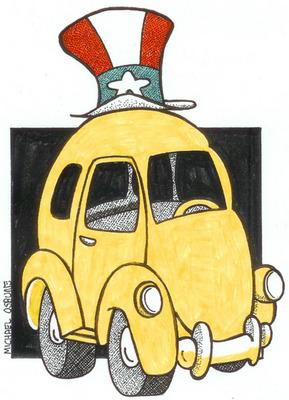 Many experts believe that U.S. auto sales will rebound in 2010 after a year that most characterize as the most cataclysmic in the past half century.

But which brands and models will attract buyers and continue to evolve amid lingering economic pressures?

The latest Automotive Consumer Dynamics study from Acxiom Corporation offers some interesting insight into the post-Cash for Clunkers era.

Perhaps the most surprising among these is that discontinued brands Pontiac and Saturn, which were jettisoned by General Motors during its short stint in bankruptcy, are gaining favor with five out of 10 Acxiom consumer groups. Rather than suggesting that GM should have kept the brands around, though, the research firm believes the renewed interest is short-lived and likely a result of deep discounts.

There were other interesting results as well, to whit:

The MINI Cooper is gaining traction with singles overall but losing favor with "singles in the city," while Lincoln is gaining ground with city dwellers but losing with suburbanites.

Buick is undergoing a perception transformation, but not, perhaps, in the direction its executives would like it to go:

The study found the venerable brand is gaining with rural, blue-collar buyers but losing with the "married with children" segment, which had been one of its strong suits.

The Chrysler and General Motors bankruptcies also proved to be a boon for at least one automaker. Kia has emerged as a top-four brand, increasingly favored by blue-collar buyers who previously gravitated toward brands whose parent companies have gone bankrupt (Dodge, Chevrolet) or brands that have been eliminated altogether (Pontiac).

"Last year's economic downturn will surely have a long-standing effect on consumer expectations and behavior, and vehicle purchases are no exception," said Jeff Hood, automotive industry executive for Acxiom.

"For the third consecutive year, we're excited to continue providing this up-to-the-minute look at what consumers are doing and thinking, because in an age where brand loyalty is becoming less and less relevant, auto manufacturers and dealers need to constantly learn and adjust their approach to be successful in targeting buyers' sweet spots."