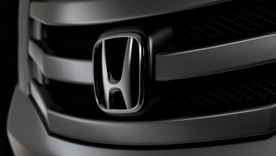 Honda isn't typically singled out for its design expertise. Instead, it is the fun-to-drive and rock-solid aspects of Honda vehicles that usually get top billing.

But quietly, Honda has been capturing more and more international kudos for its leading-edge design work, and we were pleased to have the opportunity to meet with Nobuki Ebisawa, the corporate managing director and general manager of styling and design development, to talk about it.

He said the company's designers still draw inspiration from the functional designs of the first-generation Civic and first-generation Accord that were drawn in the same nondescript design studio in which Ebisawa and his crew work today. And at the same time, they look back all the way to the 1963 S500 sports car to channel the dynamism that helps set the brand apart.

Ebisawa is proud of what he calls "an unbroken chain of dynamism and functionality" that stretches from those earliest models through the legendary Acura NSX sports coupe of the '90s to the Honda Odyssey minivan that transformed its segment. He expects that the upcoming hybrid Honda CR-Z, which was shown in concept form at the recent Tokyo Motor Show, will draw on both aspects of the Honda personality. Functionality will be characterized by the fuel-efficient hybrid drivetrain, and dynamism will be expressed by the car's style and fun-to-drive nature.

While the exterior design of Honda vehicles has not always been highly praised, the interior of its vehicles -- and especially their instruments and controls -- have routinely been lauded around the globe. Ebisawa cites his group's intense study of the "man-machine interface" for this, noting that Honda has long relied on the philosophy "Man maximum, machine minimum" in its designs. This means that Honda's controls are intended to be intuitive, not intrusive: to help the driver, not to challenge the driver or to make a design statement for design's sake.

An example of this effort is the bi-level instrument panel seen on the current Honda Civic.

Intuitive operation and instant recognition were keys in the design, and Ebisawa said that in the "layered construction," perceived space is enhanced and line of sight movement minimized to prioritize information. Special effort goes into achieving natural hand position and create buttons that are easily understood. Ebisawa believes that voice support is the next frontier in making things simpler and more functional.

Since 2000, said Ebisawa, Honda design execs made the conscious decision to add emotional appeal to the company's vehicles without compromising functionality. In keeping with the "man maximum, machine minimum" philosophy, space has been intentionally reduced for mechanical components, and interior space with long rooflines has been increased to maximize usable roominess.

The Honda CR-Z, which will be launched next year, will encapsulate all these ideas in a vehicle that is functional and emotional, dynamic yet pragmatic. It draws on Honda's long heritage while at the same time presenting a new face and a new heart. The CR-Z will also be the harbinger of even more fascinating products from the carmaker that was once best known for its motorcycles.

Contributing Editor Tom Ripley writes frequently about the auto industry and the human condition from his home in Villeperce, France. He is a big fan of the art world.