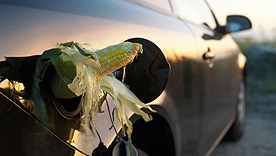 A lot of words have been said and written about ethanol.

Some say it is the solution to our reliance on imported oil. Others suggest that, as a green solution to our fuel and carbon dioxide emission problems, ethanol is a sham. But relatively few have talked or written about how corrosive ethanol is.

Not only is it harder than petroleum to transport through pipelines and tankers, but it is also harder on internal combustion engines.

In fact, it is so potentially harmful to engines that a consortium of engine manufacturers from the automotive, marine, and outdoor power equipment industries have banded together in a new alliance called the Engine Products Group (EPG) to challenge the Environmental Protection Agency’s (EPA) recent decision to approve the sale of gasoline containing 15 percent ethanol (E15) for 2007-model-year and newer passenger cars and light trucks.

You might not realize it, but the gasoline you are using right now very likely contains 10 percent ethanol. When that gasoline mix, referred to as E10, was approved several years ago, it was followed by reports of a variety of maladies, including engine fires and leaking fuel tanks that were tied to the corrosive nature of ethanol. That controversy died down; engine manufacturers adapted their products to live with E10, and all was relatively quiet until an ethanol industry trade-group petitioned the EPA in March 2009 to raise the limit on ethanol in gasoline from 10 to 15 percent.

Having been almost literally burned previously, several engine-product and auto manufacturers urged the EPA to refuse the request, or to at least embark on thorough and adequate testing to assure that E15 would not harm existing products or pose safety risks. But after what many observers feel was an inordinately short period of time, the EPA made what seems like a compromise -- a compromise that is proving to be unpopular with those who favor E15, those who don't and those who just want to sell gasoline to the general public.

Instead of approving E15 gasoline for all uses or continuing to forbid its use, the EPA gave the E15 a partial waiver, allowing its use, as mentioned previously, in 2007-model-year and newer passenger cars and light trucks only. It was not approved for older passenger cars and trucks. But anyone who has ever filled his or her tank with gasoline can see the problem with that. What is going to prevent someone who has, say, a 2005 Honda Accord or Chevrolet Silverado pickup truck from filling it up at a pump with E15 gas when there will be nothing but a label on the pump to warn them? And what is to prevent someone with an outboard motor or a lawn trimmer from filling up those product's fuel tanks with E15, even though it might damage them? Even more to the point, how many gas stations are going to install tanks and pumps to handle E15 for newer cars, and E10 and/or straight gasoline for older models?

Almost certainly, as the EPG says, there is a risk that consumers will unknowingly or mistakenly put E15 in products for which it has not been approved. Since the misused gasoline has the potential to harm engines and other related components, you can understand why the organizations involved are working to get the decision overturned. And since there is less energy stored in ethanol than in gasoline, consumers who buy E15 at the same price as E10 will be getting less bang for their buck.

“While all members of the EPG have and continue to support the development and use of safe and sustainable alternative fuels, the action EPA has taken to permit E15 to be sold as a legal fuel, even if limited only to certain products, will have adverse consequences for the environment," said Kris Kiser, spokesman for the Engine Products Group. "A partial waiver, by its nature, necessarily will result in the misfueling of products not designed or tested for E15 use."

To prompt the EPA to rethink its decision, the Engine Products Group has filed a petition with the U.S. Court of Appeals for the District of Columbia Circuit, asking that the EPA’s ruling be remanded back to the agency. Among its assertions is that the Clean Air Act does not authorize EPA to issue any partial-waiver decisions in the first place. It also asserts that the EPA statute passed by Congress in 2007 states that fuels that could cause any failures can't be approved for the market, while there is no dispute that E15 has been shown to adversely affect engines in non-road products and older model-year vehicles -- not to mention causing emission failures. Finally, EPG suggests that there is no assurance that E15 won't damage more recent (post-2007) model-year vehicles, with the exception of vehicles expressly designed for use with flexible fuel.

So what does all this mean?

It means that the regulators at the EPA might well have to revisit their decision allowing E15. It means that gasoline retailers and oil companies will be on hold until it is determined whether E15 will go forward or not. And it means that, should the new regulations eventually be upheld, you will have to be careful which gas pump you pull up to.

Luigi Fraschini is a Driving Today contributing editor based in Cleveland. He writes frequently about automotive safety, pollution and air-quality issues