United States and China Go Private with the Cold War 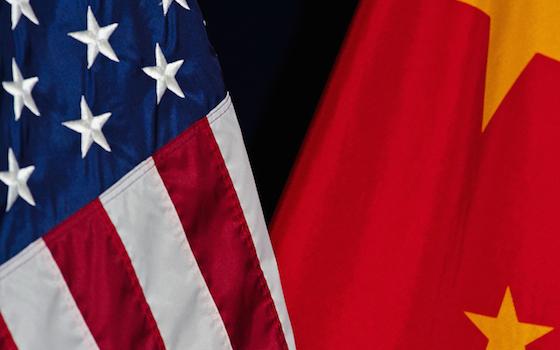 Any 'warfare' between China and the U.S. would involve an economic dynamic. China is heavily invested in the U.S. through debt bonds, and the Chinese are as reliant on the U.S. for exports as Americans are on China for its cheap foreign imports

filed charges against five Chinese military officers, accusing them of hacking American companies to steal secrets, including the nuclear energy company Westinghouse. In March, reports surfaced that the had hacked and spied on the Chinese telecom company .

Hard power hitting soft targets: This is a new characteristic of the rebooted Cold War. Except that even NATO has yet to recognize that economic warfare is just as critical as traditional military conflict.

NATO published the Tallinn Manual on the International Law Applicable to Cyber Warfare, which attempted to fit acts of cyber warfare into various provisions of international law. The authors tried to imagine every possible hacking scenario that would meet the threshold of warfare and legitimize a military response -- from lone hackers taking down critical civilian infrastructure to state actors hitting military assets.

Ironically, a threat that the 300-page manual explicitly dismissed -- spying on private companies -- is precisely the cyber threat that now poses the greatest risk to U.S.-China relations. Quoth the Tallinn Manual: " information gathering that is performed from outside territory controlled by the adverse party to the conflict is not cyber espionage but, in certain circumstances, may be punishable under the domestic criminal law of the State affected or of the neutral State from which the activity is undertaken. However, since no cyber espionage is involved, belligerent immunity would attach when appropriate."

So there you have it. NATO doesn't really consider corporate spying to be cyber espionage, let alone cyber warfare. It's viewed as nothing more than "cyber information gathering" if it's performed outside of the target nation. That's quite the loophole, one that's increasingly ripe for exploitation, given the trend of downloading of traditional military responsibilities onto private entities.

The net benefit of military privatization is greater opacity. However, the downside of such strategic invisibility is that you're invisible. If you're a mercenary in a war zone, it means that you can disappear without being considered a pair of boots on the ground for which the state is responsible. If you're a corporation being hit by the hacking forces of a foreign nation -- even if you're doing defense-related work -- then you're not actually a military asset but instead a private company that has to take a number at the local FBI office rather than enjoy the recourse under international law to which you'd be privy if you were the Pentagon.

This is how we have arrived at the pathetic display of the U.S. government stepping into the spotlight to announce that American companies have been hit by Chinese military hackers -- while knowing full well that there is no viable recourse or mechanism for rendition. Extradition between the U.S. and China is informal and on a case-by-case basis -- which is why contractor fled to Hong Kong with heaps of classified documents before ending up in Russia.

The vulnerability of private companies to information attacks renders their host countries susceptible to new risks -- one specific, another more systemic. First, a foreign agent doesn't have to risk hacking into the Pentagon and being susceptible to international law when the agent can identify private defense contractors and exploit their systems and networks. More insidiously, knowing that private companies have nothing more than domestic law to protect them -- which is powerless when the perpetrator is in a foreign country that lacks the relevant extradition provisions -- foreign states with sufficient technological capabilities can essentially go to war against the soft economic underbelly of a target nation, stealing its plans and secrets to subvert and destroy it without ever firing a shot.

If there's any doubt that economies are the battlefields of the future, one only has to witness the dynamics surrounding the latest international flashpoint, Ukraine. Despite a Western-backed coup d'etat in Kiev, Russian President has been able to keep Ukraine tethered by leveraging Russia's regional economic power -- specifically the energy it supplies to Ukraine and the rest of Europe.

Any sort of warfare between China and the U.S. would involve a similar economic dynamic. China is heavily invested in the U.S. economy through debt bonds, and the Chinese are as reliant on the U.S. for exports to the American consumer class as Americans are on China for its cheap foreign imports.

The battlefields of the future won't necessarily involve armed soldiers and heavy weapons. Future battles might instead look like a couple of struggling swimmers clinging to each other at the surface while kicking and scratching underwater, trying to furtively knock loose change out of their opponent's shorts.

United States and China Go Private with the Cold War