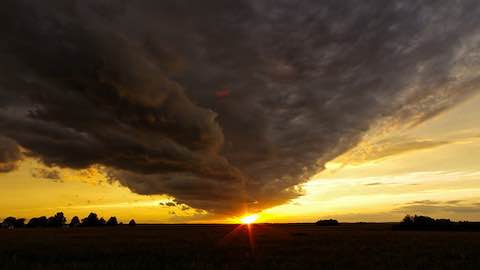 Although it has not yet demonstrated a re-entry vehicle capable of surviving atmospheric friction, North Korea announced that it has mastered nuclear strike capability and become a full-fledged nuclear state. Like previous US presidents, Donald Trump has said that this state of affairs is intolerable. So now what?

North Korea recently tested its Hwasong-15 ballistic missile, reaching an altitude of 2,780 miles (4,475 kilometers) during its 53-minute flight. Using a flatter trajectory could provide Kim Jong-un's regime with the capability of hitting the east coast of the United States. Although it has not yet demonstrated a re-entry vehicle capable of surviving atmospheric friction, North Korea announced that it has mastered nuclear strike capability and become a full-fledged nuclear state.

Like previous US presidents, Donald Trump has said that this state of affairs is intolerable. So now what?

Before turning to policy, it is important to dispose of several myths that interfere with clear analysis. First, Kim may be a vicious dictator, but he is not crazy or suicidal. Thus far, he has outplayed the US in this high-stakes game, but he understands that a nuclear exchange with the US means the end of the regime he is trying to preserve.

Second, the US has talked itself into Kim's trap of exaggerating how much power his rocketry gives him. After all, North Korea has had nuclear weapons for more than a decade; they could be delivered to US ports on its east or west coast by other means, such as in the hold of a freighter.

Third, in this game of bluff and chicken, geography provides North Korea with local escalation dominance. With thousands of artillery tubes hidden in tunnels near the border, North Korea can threaten to wreak havoc on Seoul, South Korea's nearby capital, by conventional means. The US found this out in 1994 -- long before North Korea had a nuclear weapon -- when it planned a pre-emptive strike to destroy the North's Yongbyon plutonium reprocessing plant, only to find that its allies in South Korea (and Japan) were deterred by the risk of conventional retaliation.

In terms of policy, China has proposed 'a freeze for a freeze' as a means to control the North's nuclear ambitions. North Korea would halt all nuclear and missile tests (easily verifiable); while that would not reverse the North's nuclear status, it would slow the development of its arsenal. In turn, the US would halt the annual military exercises that it conducts with South Korea. The US would reserve the right to resume exercises if North Korea violated its test ban, or exported nuclear materials.

Some see this as a good deal, but it depends on how one assesses Kim's objectives. If all he wants is security, we could leave him alone, perhaps sign a peace treaty, relax sanctions, and let economic growth change the regime over time, as in China.

But North Korea under the Kim dynasty is not a status quo power. Since 1945, it has been an oddity: a hereditary communist dictatorship whose legitimacy rests on its claim to be the vanguard of Korean nationalism. Thus far, it has fallen behind in the economic competition with the South, but it hopes its nuclear status will change the balance.

As Sung-Yoon Lee of Tufts University recently warned, 'for the North, menacing the US is a non-negotiable means of isolating and exercising dominance over Seoul. This is how the regime of Kim Jong-un seeks to ensure its long-term survival.'

If weakening the ties between the US and South Korea is central to Kim's strategy, China's freeze-for-freeze proposal plays into his hands. And, rather than reduce risks, it may embolden the North to return to risky conventional pressure on South Korea, such as in 2010, when it sank a South Korean corvette, killing 46 seamen, and shelled South Korean islands.

US policy options are limited. One is the limited use of force. Lieutenant General H.R. McMaster, Trump's national security adviser, has been quoted on several occasions saying a preventive war may be necessary if diplomacy fails. But even if designed as a limited strike, would a decapitation effort or missile shoot-down remain limited? If not, casualties could range from the tens of thousands to much higher numbers.

Sanctions continue to be an option, but thus far they have not generated enough pressure to make the Kim regime give up what it regards as its key strategic asset. Chinese diplomacy and sanctions are also crucial, but thus far China has pulled its punches. It has not cut off food and fuel. China does not like Kim, but it does not want chaos -- or Americans -- on its border.

A possible package could be something like Cold War 'GRIT', or gradual reduction of international tension: The US assures China of its limited goals and agrees to coordinate its actions with the Chinese. No more marches to the Yalu River of the sort that triggered China's intervention in the Korean War. In return, China uses its economic pressure and diplomacy to freeze the immediate threat posed by North Korean tests, but does not insist on a freeze on US forces.

Possible scaling back of US exercises in the future would depend on North Korean behaviour towards South Korea. The US would offer to negotiate a peace treaty after North Korea accepts détente with South Korea. The US and China would accept North Korea's de facto nuclear status, but jointly reaffirm their long-term objective of a nuclear-free peninsula. North Korea agrees to stop tests and all further exports of nuclear materials. China threatens to impose food and fuel sanctions if North Korea cheats or breaks the agreement.

The prospects for such a China-centred package are not high; but if it fails, the US should not panic. If it could deter a much stronger Soviet Union from taking an isolated West Berlin for three decades, it can deter North Korea. The US should reinforce its deterrent and defence capability through its alliances with South Korea and Japan. The presence of nearly 50,000 US troops in Japan, and some 28,000 in Korea, makes extended deterrence credible. Kim cannot kill South Koreans or Japanese without killing Americans, and that, as he surely knows, would mean the end of his regime.

Joseph S. Nye, Jr. is a professor at Harvard and author of The Future of Power

. This article is presented in partnership with Project Syndicate. Image courtesy of Flickr user pepperberryfarm.