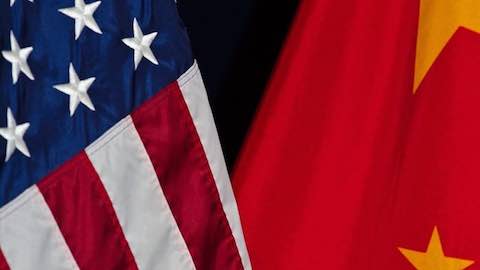 Trump may 'normalise' his attitude to China after inauguration. If he does not, the consequences of such a strategy of provocation are potentially catastrophic.

Donald Trump is at it again, delighting his admirers and horrifying the experts with his blunt language and lack of respect for business as usual. This time, he is making headlines in an area of profound importance for international politics -- U.S.-Chinese relations. His suggestion that the U.S. might no longer recognize the One China policy, and his recent telephone conversation with Tsai Ing-wen, the president of Taiwan, broke with long-standing policies. These episodes also angered Beijing, which is unaccustomed to the U.S. so flagrantly ignoring its sensitivities regarding the island over which it claims sovereignty.

It is tempting to view these incidents as just another misstep from a political novice who has made no attempt to develop even a basic understanding of international affairs. Indeed, many foreign diplomats are reportedly ignoring his statements for the time being, attributing them to sheer ignorance.

However, it would be a mistake to accept the Trump-as-hapless-newcomer interpretation, at least when it comes to China. For one thing, Trump's phone call with Ing-wen was hardly an impulsive mistake. Indeed, The Washington Post reports that the call was actually carefully planned.

In addition, Trump's provocative language dovetails with a long-standing tendency in American conservative political culture: using hawkish rhetoric on the campaign trail, especially when it comes to China, and then trying to formulate policy based on these often unrealistic pronouncements. Throughout the election campaign, the president-elect and other Republicans argued that the Obama administration's fecklessness emboldened China, and now he is putting this critique into action. In doing so, Trump joined a long line of previous Republican presidents.

President Dwight Eisenhower, for instance, entered office in 1952 at the height of McCarthyism and after several years of Republicans accusing the Truman administration of ‘losing’ China. Richard Nixon made his political reputation in part by excoriating ‘Red China’ and the 1960 Republican platform strongly opposed recognizing the government in Beijing. The 1980 Republican platform criticized Jimmy Carter for failing to stand by Taiwan and Ronald Reagan, when he entered office, still considered the regime in Taipei to be the rightful government of China. In 2000, George W. Bush and Republicans hammered President Bill Clinton for his ‘misguided policy toward China’ and for ‘kowtowing’ to Beijing.

In each case, however, fiery campaign soundbites soon gave way to pragmatic diplomacy. Eisenhower and his advisors, after trying to design a policy that would lead to regime change in Beijing without necessitating military intervention, quietly accepted that the two objectives were incompatible and adopted a much more cautious approach. Despite his history of anti-Chinese rhetoric, as president Nixon found himself accepting the need to engage with China -- and even began the process of normalizing relations with a historic visit it in 1972 -- as a way to outflank the Soviet Union. Reagan, in spite of some initial steps that angered the Chinese, such as inviting a Taiwanese delegation to his inaugural ball, also shifted toward a less confrontational relationship. He even visited Beijing in 1984. Finally Bush, after a crisis in April 2001 sparked by the mid-air collision of Chinese and American military aircraft, and following the paradigm-shifting terrorist attacks on September 11, 2001, pursued a policy of steady engagement.

What sort of insight can this pattern of confrontational campaign rhetoric, on one hand, and more careful Republican diplomacy, on the other, offer? A plausible argument can be made that Trump will, like all of his predecessors, soon see the necessity of cultivating a more productive relationship with the world's only other superpower. After all, the U.S. and China are key trading partners, will need to work together to address the problem of North Korea, and have a shared interest in maintaining peace and stability in East Asia.

However, Trump is not a normal statesman -- even many that voted for the businessman view him as potentially destabilizing -- and his advisors are not the seasoned professionals with which other inexperienced presidents, such as George W. Bush, surrounded themselves. This matters when it comes to China. Trump's closest foreign policy aide and prospective National Security Advisor, Michael Flynn, is a retired military officer with no political experience and a propensity for endorsing conspiracy theories. He argued in his 2016 book, The Field of Fight, without any proof, that China and other countries, such as Russia and North Korea, have ‘allied’ themselves with radical Islamic terrorists because they harbor ‘hatred of the West.’ Trump's chief strategist and senior counselor, Steve Bannon, runs Breitbart News, a website that openly sympathizes with white nationalists and frequently runs stories with an anti-Chinese slant.

In short, history offers a modicum of comfort regarding Trump's seemingly reckless course of action, but only to the extent that he ‘normalize’ after the inauguration as many have been predicting. If he does not -- and he won the election, against all expectations, by promising to radically change the status quo -- then we can expect a continued willingness to provoke China. The consequences of such a high-risk strategy are difficult to predict but are potentially catastrophic. Let's hope that Chinese policymakers are more careful than Mr. Trump.

Jack Thompson is a Senior Researcher in the Global Security Team at the Center for Security Studies, ETH Zurich. Previously he was Lecturer at University College Dublin. His work focuses on U.S. foreign policy, with particular emphasis on grand strategy, political leadership, transatlantic relations, and partisan politics.