Should South Korea Get the Bomb? 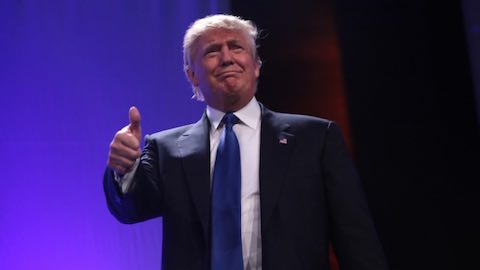 Should South Korea Get the Bomb?

Donald Trump and a majority of South Koreans believe that South Korea should have a nuclear weapon. Are they right?

In 2012, a year before he died, the distinguished political scientist Kenneth Waltz wrote an article in Foreign Affairs arguing that everyone should stop worrying about Iran getting a nuclear weapon. He didn't think that Iran was likely to voluntarily abandon its efforts to acquire a nuke. Nor did he think that the country would be satisfied with a"break-out" capability -- staying just outside the nuclear club by having sufficient material and expertise to build and test a weapon within a short space of time.

Instead, Waltz thought it inevitable that Iran, like North Korea, would eventually go nuclear. Counter-intuitively, he believed that this"would probably be the best possible result: the one most likely to restore stability to the Middle East."

This variety of"nuclear realism" has been around for some time. Indeed, Waltz peddled this particular theory since at least the early 1980s. The conventional wisdom, embodied in the Nuclear Non-Proliferation Treaty, holds that the fewer members of the nuclear club the better, for non-proliferation reduces the likelihood of nuclear war and restricts the amount of nuclear material available to malefactors. Waltz, however, long believed that the system of deterrence is only made stronger when many states possess nuclear weapons because they become more cautious as a result and less willing to escalate in a conflict situation.

Waltz's remains a minority position. Barack Obama, for instance, became the first American president in 2009 to champion the ultimate elimination of nuclear weapons. Although he hasn't made much headway toward achieving this goal, he did set up a mechanism to advance disarmament and non-proliferation. The fourth such nuclear security summit took place in Washington, DC last week with representatives from 56 countries and organizations. There was much self-congratulatory rhetoric at the U.S.-sponsored meeting about the strength of the non-proliferation regime, particularly after last year's nuclear deal with Iran. Waltz, it turned out, was spectacularly wrong. In exchange for a lifting of economic sanctions, Tehran was indeed willing to stop pursuing a nuclear capacity (in large part because it had stepped off that path several years earlier).

Participants were less optimistic about North Korea. The country conducted its fourth nuclear test in January and also announced that it had successfully constructed a nuclear warhead for its long-range missile. Although it remains unclear exactly how significant North Korea's nuclear arsenal is -- and whether it has in fact a missile-ready device -- Pyongyang has managed to cast a long shadow over what Washington had hoped would be a more celebratory occasion.

The latest person to join the fray is Donald Trump, who recently suggested that Japan and South Korea perhaps should acquire nuclear weapons -- to help reduce their dependency on the United States as well as the corresponding costs to American taxpayers. It's not exactly a well-though-out position (Trump's positions never are). But at least Trump is challenging the longstanding liberal-conservative consensus that the United States should maintain a vast overseas military presence.

South Koreans are not averse to considering a homegrown nuclear capability. A February 2013 poll by the Asan Institute suggested that two-thirds of South Koreans want their country to acquire such weapons. A Joongang Ilbo poll this last February produced nearly identical results.

Although the top leadership in the country, including President Park Geun-Hye, rejects such a strategy, other influential voices are broaching what had once been a entirely taboo subject. The conservative newspaper Chosun Ilbo, for instance, argues that South Korea has to acquire nuclear weapons in order to level the playing field."Even if the South bolsters its missile defenses with the aid of the U.S., such defense systems will only offer us brief psychological solace while the country remains in the crosshairs of the North’s weapons of mass destruction," it argued in a January 2016 editorial."Using conventional weapons to counter such a threat is ludicrous." Unlike Trump, however, Chosun Ilbo would not advocate for weakening the U.S.-South Korean alliance.

For others in South Korea, the nuclear option is just to scare China into putting more pressure on North Korea."I don't think that South Korea actually wants nuclear weapons," said Park Syung-je of the Asia Strategy Institute in Seoul told The Washington Post."It's a way of saying to the Chinese that 'if you don't cooperate on North Korea, then we're going to get nuclear weapons of our own.'"

Neither of these arguments for acquiring a nuclear weapon is particularly convincing. South Korea has an overwhelming conventional military advantage over North Korea, plus America's nuclear arsenal provides irrefutable deterrence. North Korea has invested so much in its own extremely modest nuclear capability precisely in order to achieve some modicum of parity with the South.

As for a South Korean nuclear program pushing China toward acting more aggressively against North Korea, that isn't likely to work either. Pyongyang simply doesn't listen to Beijing. And although it's willing to support some economic sanctions, China isn't willing to precipitate regime change in its neighbor because of the substantial risks involved to security, the regional economy, and the potential flow of migrants.

The more likely country to respond immediately if South Korea were to push forward on developing a nuclear weapon would be Japan. For some time, Tokyo has maintained a break-out capacity: it has plenty of stockpiled plutonium and enriched uranium and it could probably have an arsenal up and running in two years or less. It's also not clear whether an Asian expansion of the nuclear club could stop at Japan and South Korea.

It's not that I expect countries in the region to deliberately launch a nuclear war against each other. But there's always the risk of miscalculation. And the more nuclear weapons there are, the more potential accidents could happen. Already during the Cold War, the world narrowly escaped nuclear annihilation on several occasions.

The world again avoided calamity last year when it negotiated a nuclear agreement with Iran. Both the United States and Israel were considering military attacks on Iran's nuclear facilities. And if Iran had entered the nuclear club, imagine how destabilizing it would have been if Saudi Arabia decided to follow suit, not to mention the Assad regime in Syria.

It's entirely understandable that South Koreans feel vulnerable living so near a nuclear North Korea. But acquiring one's own arsenal doesn't eliminate those feelings of vulnerability -- any more than it did for the United States during the Cold War. The real solution is to subtract nuclear weapons from the equation, not add more of them.

"Should South Korea Get the Bomb?"