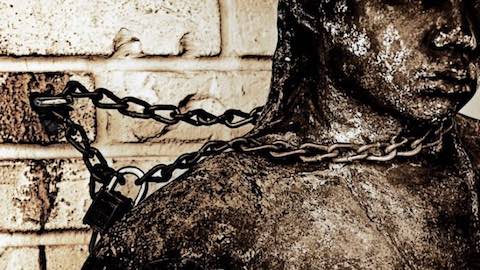 The corporate social responsibility of businesses may serve to obscure the fact that the primary responsibility for the protection of human rights belongs to states.

In 2017, the Australian Government started a consultation process on whether Australia ought to adopt a so-called Modern Slavery Act. The aim of the consultation is to identify whether such an act would be useful in tackling practices of 'modern slavery' that exist in the domestic and global supply chains of companies, businesses and organisations operating in Australia. Importantly, 'modern slavery' is not a legal term but is used as an informal umbrella term for a range of exploitative practices. Under the terms of reference of the inquiry, 'modern slavery' refers to a variety of issues covered by Australian law as well as Australia's international legal obligations, including slavery, forced labour and wage exploitation, involuntary servitude, debt bondage, human trafficking and other slavery-like exploitation.

Many of the practices falling under 'modern slavery' are clandestine and therefore we have little reliable data about their nature and extent. However, there is evidence that Australia is not immune from them. While slavery prosecutions are rare, the Australian Government reports that the Australian Federal Police received 105 referrals of alleged trafficking and slavery related offences in 2016. Stories of debt bondage and exploitation of migrant workers in various sectors (7 Eleven, Slaving Away) have shown that employers in Australia are well aware of their power to exploit migrant workers on temporary visas. According to the International Labour Organization, the Asia-Pacific region is particularly affected by forced labour and other exploitative practices, so it is likely that instances of 'modern slavery' also exist in the global supply chains of Australian companies.

What Is Being Proposed?

The Australian government proposes to introduce a Modern Slavery Act modelled after the UK Modern Slavery Act 2015, which requires businesses to report on the activities they are undertaking to eliminate slavery and trafficking in their operations. Under such transparency legislation, large Australian businesses headquartered in Australia (or entities that have any part of their operations in Australia) would be required to report annually on their existing policies and processes that address 'modern slavery' within their supply chains and operations. These Modern Slavery Statements would be freely available on a public database and would also have to be published on business websites.

The aim of such legislation is to encourage Australian businesses to consider the risks that are present in their operations and supply chains, evaluate the steps they are taking (including codes of conduct, supplier contracts and staff training), to address forced labour and other exploitative practices and to engage in continuous improvement of their processes. At the same time, the public nature of the Modern Slavery Statements is intended to improve accountability, as consumers and investors will be able to find out what large businesses are doing about slavery and other labour abuses in their chain of operations.

It is certainly not a bad idea to encourage Australian businesses to increase their awareness and understanding of exploitative practices, such as forced labour, in their supply chains. Many of the submissions made to the inquiry highlighted the fact that the business community still has limited awareness of the exploitative practices that can be embedded in business operations. Mapping global supply chains may have positive effects for the businesses concerned both in terms of encouraging them to gather information that improves their business practices and shielding their reputation from damaging claims of exploitation and forced labour. It can therefore be a first step in fostering a culture of accountability for large businesses with complex global supply chains.

However, whether the Act would achieve its aims depends on the exact framework that will be put in place. As always, the devil is in the detail. For instance, much hinges on whether the legislation will clearly define which businesses will be required to report, on what parts of their supply chains and operations they must report and how detailed the reports are expected to be. According to the interim report of the Joint Standing Committee on Foreign Affairs, Defence and Trade, establishing the revenue threshold for the reporting requirement is a divisive issue, with some submissions in favour of either a higher or lower threshold than the UK one (£36 million or AUD$60m). The issue of whether sanctions should be attached is also controversial, with many NGOs hoping for effective mechanisms for monitoring and enforcement and businesses advocating for less governmental oversight.

We do not currently know what the Australian framework will look like and how binding and detailed its reporting requirements will be. It is important that the proposal be carefully considered in light of the submissions. Clear legal definitions and detailed guidance must be given to businesses so that they know what is expected of them. The implementation of the system should be assessed regularly to ensure that it is in fact fit for purpose.

What Will It Not Do?

The UK's Modern Slavery Act is law actually quite modest in seeking to tackle practices that fall under the broad umbrella of 'modern slavery'. Perhaps most importantly, it does not oblige companies to actually do their best to ensure their global supply chains are in fact free of forced labour and other exploitative practices. Section 54 simply requires businesses to publish an annual statement on the steps they have taken to ensure that two specific practices, slavery and human trafficking, are not taking place in their supply chains or in their own business. Businesses can also make a statement that no such steps have been taken. In other words, there is no requirement to take steps, let alone make sure that any steps taken are actually effective in mitigating the risk that slavery and human trafficking exist in supply chains.

It would be possible to enact stricter requirements, for instance that businesses perform due diligence or implement a compliance programme that addresses identified risks in supply chains. Recent examples can be found in other jurisdictions. Earlier this year, the French Parliament adopted a due diligence system that requires large French businesses to create and implement a 'vigilance' plan (Loi relative au devoir de vigilance des sociétés mères et des entreprises donneuses d'ordre). The French system aims to ensure businesses identify and prevent potential human rights violations involved in their activities, including those associated with their supply chains. Similarly, a recent proposal in the Netherlands (Wet Zorgplicht Kinderarbeid) would require businesses to investigate and determine whether their operations involve possible instances of child labour. If there is a reasonable suspicion of child labour in the supply chain, the business is obliged to create and engage in a plan of action to address the problem.

There is also a danger that focusing heavily on global supply chains will divert attention from the broader picture of slavery, forced labour, debt bondage and human trafficking as a complex set of human rights problems with both domestic and global aspects. An emphasis on global supply chains might, for instance, inadvertently encourage businesses to neglect labour exploitation that takes place at home. The Human Rights Law Centre in its submission to the inquiry highlighted the fact that legislation targeting only 'modern slavery' in supply chains would not address labour abuses such as unsafe factory conditions. The submission by Doughty St Chambers noted the risk that a focus on global supply chains might undermine the existing efforts to tackle exploitation via anti-trafficking measures and overlook exploitation that take place in the informal service economy.

Finally, a focus on the corporate social responsibility of businesses may serve to obscure the fact that the primary responsibility for the protection of human rights belongs to states. Under the UN Guiding Principles on Business and Human Rights, businesses can and should be expected to do their part in the elimination of slavery, forced labour and exploitation, but States cannot shift the responsibility solely onto them. States have the ultimate obligation to take effective measures to eradicate exploitative practices, such as trafficking and forced labour, which engage their obligations under international law. A Modern Slavery Act can be part of that effort, but it must be a part of a broader strategy that recognises states must give effect to all their international commitments relating to the various forms of 'modern slavery'.