Preservation of the Asian Territorial Order 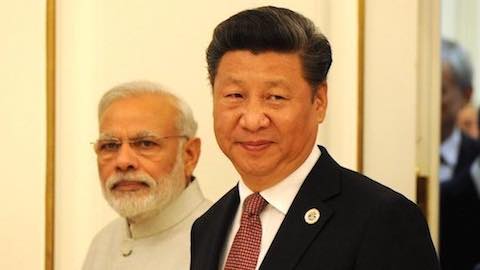 Preservation of the Asian Territorial Order

It may be prudent for India, Japan and their mutual partners to send an unambiguous message to China with regard to its territorial and hegemonic ambitions in Asia.

States are territorial entities. Territory consequently has been the principal cause of inter-state conflict. 93 out of a total of 119 wars between the years 1648 and 1945, that is, 78 per cent of wars, were fully or partly caused by contests over territory. This proportion declined only slightly to 69 per cent during the period 1945 to 1989.[1] There is, however, a significant difference between the wars waged over territory in the pre- and post-1945 eras. That difference pertains to the number of wars that actually resulted in either outright territorial conquest or redistribution of territory for balance of power or other purposes. In each 50 year period between the years 1651 and 1950, a very high percentage of wars, ranging from a low of 67 to a high of 89 per cent, resulted in conquest or redistribution of territory. In contrast, between the years 1951 and 2000, only 27 per cent of wars resulted in such territorial redistribution.

One of the more significant explanations for this remarkable decline in instances of territorial redistribution through war is the international norm of territorial integrity, which was first formally incorporated in the Covenant of the League of Nations, then reiterated in the Kellogg-Briand Pact (1928), and subsequently enshrined in the UN Charter. Simply put, the norm of 'territorial integrity' proscribes states from using military force to conquer territory or otherwise alter inter-state boundaries. The norm was reinforced at the beginning of the post-Cold War era when Iraq's annexation of Kuwait was reversed by an international coalition led by the United States in 1991.

The preservation of the territorial status quo in the post-World War II era has also been reinforced by the widespread acceptance of the international legal principle of uti possidetis. Translated 'as you possess', this principle prescribes pre-existing administrative borders as the foundation for establishing the boundaries of newly emerging states as well as for settling inter-state border and territorial disputes. It is on the basis of this principle that the international borders of the post-Soviet republics were determined in the 1990s and earlier the international boundaries of Asian and African countries when they achieved independence from colonial rule by exercising their right to self-determination. Although the protection of human rights has emerged as a norm in the post-Cold War period to justify secession and self-determination, it remains a highly contested norm and its application has been rather selective.

In short, by delegitimising war as a means for territorial conquest or otherwise altering inter-state borders, the territorial order created at the end of the World War II and the original norms underpinning it have provided a relatively high degree of stability to the international system.

But will this territorial order and the stability that it has engendered endure in Asia in the coming years? The principal and most significant challenge to the Asian territorial order today stems from China. To be sure, China has settled 17 of its 23 territorial disputes that too on the basis of substantial territorial compromises in most cases. But China's willingness to forge a compromise solution on these disputes, with the exception of the reabsorption of Hong Kong and Macau, were premised on "threats to regime insecurity, including rebellions and legitimacy crises." Further, in the case of the six remaining issues, China has not adopted a flexible approach and has also upped the ante during the last several years.

In the case of India, China has abandoned its proposal of a territorial swap, resiled from the understanding reached in 2005 on the political parameters that should guide the resolution of the boundary dispute, expanded its territorial claim to the entire Indian state of Arunachal Pradesh, which it refers to as 'Southern Tibet', and initiated border crises to browbeat India.

In Southeast Asia, China is asserting "indisputable sovereignty" over all the land features in the South China Sea and by extension maritime rights over more than 80 per cent of these waters. In July 2016, it dismissed the international Arbitral Tribunal's ruling against these claims as "null and void and has no binding force." And it is establishing facts on the ground through the reclamation and militarisation of islands and islets with a view to ultimately seize control and establish its predominance in these waters.

In the East China Sea, China contests Japan's control over the Senkakus, has termed the dispute a core issue on which it shall not compromise, and has reportedly begun to refer to its Air Defence Identification Zone (ADIZ) over parts of this sea as Chinese airspace. And last but not the least; China has expressed its determination to use force, if necessary, to absorb Taiwan despite the strong sentiment among a majority of Taiwanese to retain a separate status.

Together, these Chinese claims backed by efforts to establish facts on the ground and expressions of determination to use force constitute an emergent challenge to the territorial status quo in Asia and to the norms that underpin the current international order.

China's rising power, claims over Indian and Japanese territories, and attempts to bully them by generating crises have driven India and Japan to forge a strategic partnership during the last 10 years. Their evolving partnership is marked by annual summit meetings, an array of diplomatic and defence dialogues, and expanding cooperation between navies including regular bilateral exercises. Other significant aspects of the partnership include: separate trilateral dialogues with Australia and the United States, Japan's inclusion as a permanent member in the annual Malabar exercises, and the revived quadrilateral dialogue among these four countries.

As captured in the Joint Statement issued by Prime Ministers Modi and Abe in September 2017, what the two countries aspire to achieve through their strategic partnership is "a free, open and prosperous Indo-Pacific region … where all countries … enjoy freedom of navigation and overflight." For this purpose, Abe and Modi "pledged to reinforce their efforts to align Japan's Free and Open Indo-Pacific Strategy with India's Act East Policy including through enhancing maritime security cooperation, improving connectivity …, strengthening cooperation with ASEAN, and promoting discussions between strategists and experts of the two countries." In addition, they agreed to "enhance defence and security cooperation and dialogues, including the Malabar and other joint exercises" as well as "strengthen trilateral cooperation frameworks with the United States, Australia and other countries."

These incremental steps to enhance bilateral and multilateral diplomatic and security cooperation are being complemented by a glacial process of policy convergence on the various territorial issues in Asia. The one issue on which there have been official expressions of a degree of convergence is with respect to China's extraordinary claims to the South China Sea. Even so, the joint statements issued in 2015 and 2016 limited themselves to generalities by highlighting their own as well as the entire region's acute interest in maintaining the sea lanes of communications in the South China Sea, and calling upon "all States to avoid unilateral actions", consensually negotiate a Code of Conduct, and resolve "the disputes by peaceful means, in accordance with universally recognised principles of international law including the UNCLOS." But there is also a hint of backsliding in this regard, evident from the omission of a specific reference to the South China Sea in the September 2017 joint statement.

On the question of Taiwan, during the last 10 years or so, India's and Japan's policies have evolved independently of each other, albeit in a roughly similar direction. In response to China issuing stapled visas to residents of Jammu & Kashmir, thus subtly indicating a shift in its policy, India has stopped affirming its commitment to a One China policy since 2010. The resultant ambiguity in the Indian position is captured in the following statement made by Minister of State V. K. Singh in the Lok Sabha in August 2017: "Government of India’s policy on Taiwan is clear and consistent… there is no change in Government of India’s policy of promoting exchanges in trade, investment, tourism, culture, education and other such people-to-people areas." For its part, Japan, which committed itself to a 'One China' policy only in the 1970s, has not only stepped up contacts with Taiwan since the 2000s but has, together with the United States, identified a peaceful resolution to the Taiwan issue as a common strategic objective. Keeping with this trend, Japan has enacted laws to broaden the areas and expand the scope of the overseas activities of its armed forces, while the 2015 guidelines for Japan-US defence cooperation have not prescribed any pre-set geographical limit as its ambit.

India and Japan also appear to be beginning to gradually inch forward on extending support for each other in their respective territorial disputes with China. During the recent Doklam crisis (involving India, China and Bhutan), Japan's Ambassador to India expressed his country's understanding of the reasons for India's involvement in the dispute between Bhutan and China, namely, treaty commitments. India, for its part, has been voicing similar indirect support for Japan's position in the East China Sea in the joint statements issued since 2014 by highlighting the importance of freedom of overflight in the wake of China's declaration of an ADIZ.

Both Indian and Japanese analysts view this trajectory of incremental progress in building up the strategic partnership as optimal and even prudent given the imperative of not provoking China, which is moreover an important economic partner for both countries. But it must also be recognised that a mix of conciliation and tentative diplomatic and military balancing may prove ineffective against an adversary determined to overthrow the territorial status quo and the international order underpinned by it. An apt example in this regard is Britain's failure to constrain Germany in the run-up to the First World War by pursuing exactly such a policy of part balancing and part conciliation. Further, Britain attempted such a straddle precisely because deep economic ties with Germany had generated domestic pressures and constraints against a pure balancing policy. The mixed signals that consequently emanated from London led Berlin to optimistically calculate that Britain may stay out of a war on the continent if Germany were to attain a swift victory. It may therefore be more prudent for India, Japan and their mutual partners to send an unambiguous message to China with regard to its territorial and hegemonic ambitions in Asia.

[1]Both Mark Zacher's and the author's calculations of the number of wars involving territory during the periods 1648 to 1945 and 1945 to 1989, respectively, are based on the six territory-related issues that led to war which K. J. Holsti enumerated in Peace and War: Armed Conflicts and International Order 1648-1989 (Cambridge: Cambridge University Press, 1991).

"Preservation of the Asian Territorial Order"