Pakistan's Delusion That It Can Control the Taliban 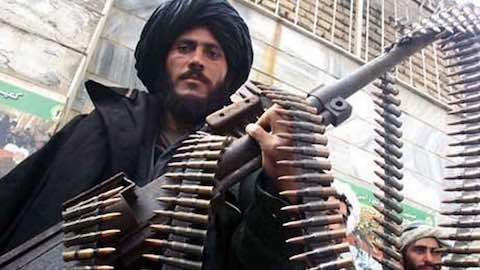 Pakistan's Delusion That It Can Control the Taliban

Pakistan cracks down on its Taliban militants to control, not extinguish, their movements.

Nobody deserves to be the victim of a drone strike, even Mullah Akhtar Muhammad Mansour, the leader of the Afghan Taliban. Even if, as John Feffer wrote in Foreign Policy in Focus last week, citizens of FATA (the Federally Administered Tribal Areas), however counterintuitively, actually favor drone strikes. Perhaps that's because the Pakistani government doesn't seem up to the task of rolling back the Taliban.

In the New York Times, Mark Lander and Matthew Rosenberg describe how, like most leaders of terrorists groups that states sponsor, trying to control Mullah Mansour was like holding a tiger by the tail.

Pakistan had cultivated him for years, and he was widely seen as its choice to lead the Taliban after the 2013 death of Mullah Muhammad Omar, the founder of the insurgency movement, was revealed last year.

But once installed, he resisted Pakistani efforts to put up even the appearance of being willing to take part in a peace process.

Which, of course, was a problem for the United States, as well.

As a result there was growing American pressure on Pakistan to crack down on Taliban leaders who take shelter there -- and a growing sense within Pakistan's security establishment that Mullah Mansour was proving too independent, and thus expendable.

A senior American defense official said that another factor in Pakistan's decision to provide some limited help in tracking down Mullah Mansour may have been that one of his deputies, Sirajuddin Haqqani, has deep and longstanding ties to Pakistan's main spy service, the Directorate of Inter-Services Intelligence.

Mr. Haqqani, who leads a Taliban faction that is widely seen as one of the most violently effective parts of the insurgency, may prove more willing to take cues from Pakistan's military leadership and the ISI.

It's truly distressing that at this late day, Pakistan still believes that the Taliban can be managed. I had thought Pakistan was putting those days behind it.

"Pakistan's Delusion That It Can Control the Taliban"