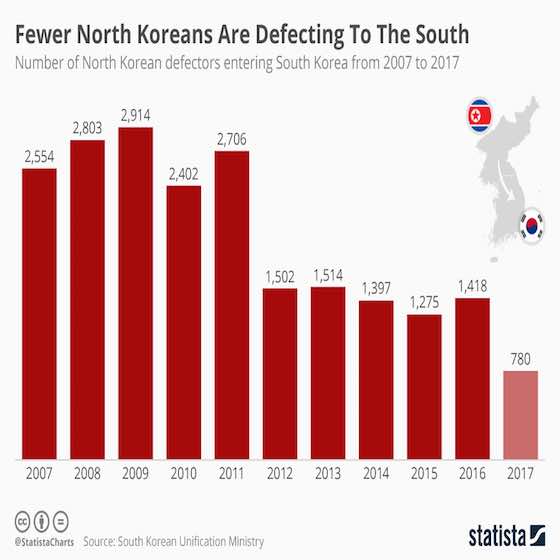 According to the South Korean Unification Ministry, fewer North Koreans have defected to the south this year. Between January and August, 780 North Koreans managed to complete the dangerous journey and make it across the 38th parallel.

The decline is being attributed to tighter border security by China (where most defectors flee) and North Korea as well as enhanced government surveillance by Pyongyang.

So far this year, nearly 57 percent of all defectors were workers and farmers while a mere 3.5 percent were part of the military or govenment. Last year was significant due to a high volume of elite defectors as well as the mass defection of 13 employees at a North Korean restaurant in the Chinese city of Ningbo.

The South Korean government says that there have been over 30,000 defections since the Korean War ended in 1953.