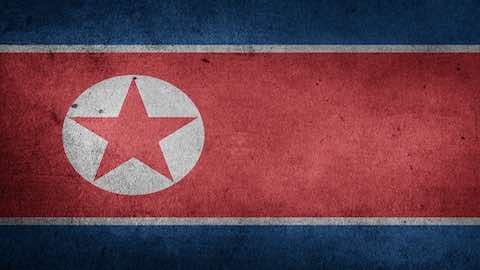 The following charts cover statistics, facts and figures about North Korea and the Korean Peninsula in these unstable times.

What Americans Want To Do About North Korea

Tensions between North Korea and the United States have risen sharply with Donald Trump warning the North Korea's regime that any threat to the United States will be met with "fire and fury". North Korea apparently responded that it is considering attacking Guam, a major Pacific hub for the U.S. military and its strategic bomber force in particular.

When it comes to solving the escalating crisis, the majority of Americans back sanctions to curb North Korea's nuclear program. The Chicago Council on Global Affairs found that 76 percent of Americans want to impose tighter sanctions on Pyongyang while 68 percent also want to see sanctions imposed on Chinese companies doing business with North Korea.

Given the real threat of retaliation and escalation, military action is a far less popular option. 40 percent of Americans would back airstrikes against the North's nuclear infrastructure and 28 percent would support ground troops destroying its production facilities. 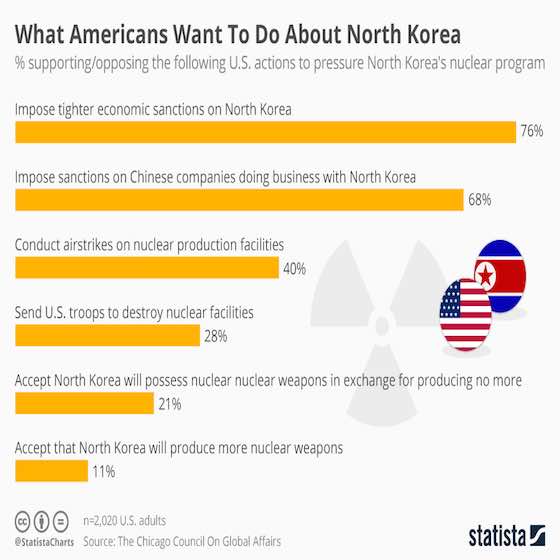 What Americans Want To Do About North Korea

As the war of words between North Korean leader Kim Jong-un and U.S. President Donald Trump ratcheted up tensions on the Korean peninsula, how does the U.S. public feel about the prospect of military confict between the two Koreas? According to a poll by The Chicago Council on Global Affairs, only a quarter of Americans favored using U.S. ground troops to help South Korea repel an invasion by the North back in 1990.

Since then, support for assisting Seoul with ground troops in the case of invasion has climbed steadily, reaching an all-time high of 62 percent this year. The U.S has a permanent military presence in South Korea with approximately 23,500 service members currently deployed there.

This chart shows the share in the U.S. favouring the use of ground troops if North Korea invaded South Korea. 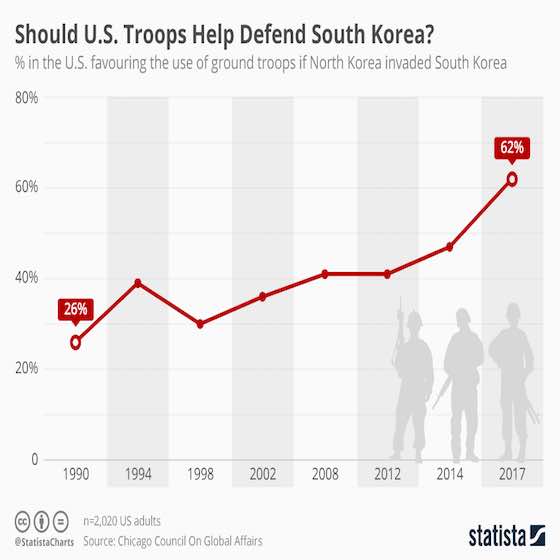 According to news media in the region, South Korean diplomat Kang Kyung-wha spoke face-to-face with her North Korean counterpart, Ri Yong Ho, marking the first high-level contact since President Moon Jae-in took to power. The liberal politician has made it a clear priority to improve relations between the two countries, saying at the start of his presidency, "I will urgently try to solve the security crisis ... If needed, I will fly straight to Washington. I will go to Beijing and Tokyo and, if the conditions are right, to Pyongyang also." The latest development occurred at the ASEAN Regional Forum in Manila.

As our infographic shows, Moon's sentiment would seem to also be matched by a large proportion of the South Korean public. In the latest of a series of annual surveys by the Institute for Peace and Unification Studies at Seoul National University, 43.7 percent said that the North is a country they should work together with - an increase of 8.5 percentage points since 2015. The share seeing their northern neighbor as an enemy decreased in this time, from 16.5 percent to 14.8 percent. 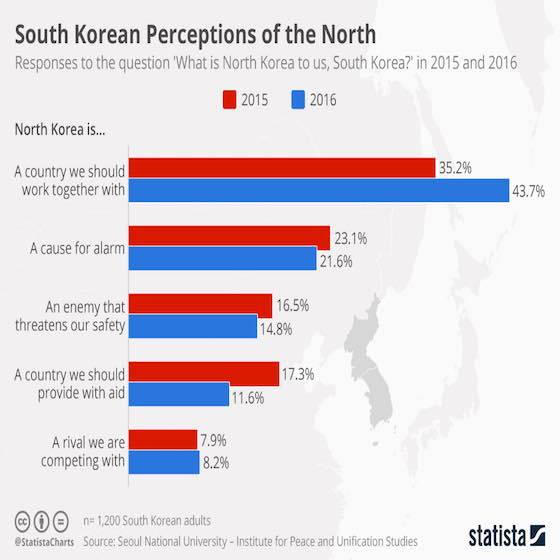