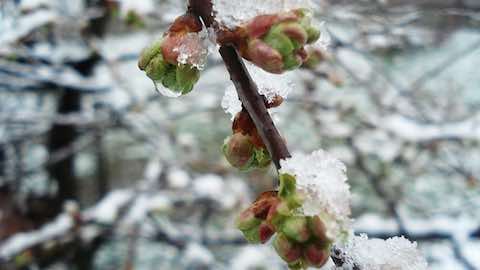 By Kim Beazley (The Strategist)

When North Korea launched its Hwasong-15 ICBM, Donald Trump responded with the words, 'We will take care of it', later adding, 'It is a situation we will handle.' The latest missile launch followed what had seemed like a pause in North Korea's testing program, which has involved 23 missile launches since February.

The US president's words were interpreted by some as another piece of braggadocio. But to me it seemed they were full of menace. I visited Washington shortly before Trump's recent Asian odyssey. The talk around town was of early phases of military mobilisation. The US's three-carrier battlegroup exercises off the Korean coastline last month, together with this week's large-scale air exercises with South Korea, seem consistent with that view.

The US -- South Korea exercises include half a dozen American F-22 and F-35A aircraft along with two B-1B Lancer bombers, all capable of penetrating North Korean air defences. South Korea has responded to the Hwasong-15 test with its own missile firings involving land-based, air and naval assets. These are all heavy pre-emption capabilities. The talk in Washington is about the US readying itself to be in a fight around the northern spring. Even as sober a strategic judge as Richard Haass, president of the Council on Foreign Relations, puts the possibility of war at 50/50.

Writing in the New York Times on 4 December 2017, Madeleine Albright reminded us of the last cold spring in 1994 when the Clinton administration contemplated a strike against North Korea's nuclear reactor. At that time, I was sufficiently convinced to bet a former US official $50 that Clinton would pre-empt. I lost. Kim Jong-un's father, Kim Jong-il, had previously stated that he would use the waste from the reactor to produce six nuclear devices. The prospect caused the ambassador to South Korea, Jim Laney, and the commander-in-chief US Forces Korea, General Gary Luck, to remind Washington that, before hostilities commenced, the US would need to withdraw non-combatants involved with US forces. That action could well have prompted a pre-emptive military response from Pyongyang.

In the autumn of 1994, after months of painstaking negotiations, the Clinton administration cemented a framework agreement with Pyongyang in which the North Koreans shut down the reactor, sealed 8,000 fuel rods and froze their plutonium production under International Atomic Energy Agency inspection. The US and its allies agreed to help North Korea cope with its immediate fuel shortages and pay for the construction of two civilian nuclear power plants. No bombs were produced, but the Bush administration eventually abandoned the agreement, and none have stuck since.

This coming spring there will be a considerably higher level of risk. Senator Lindsay Graham has called on the administration to withdraw American dependents from South Korea. Kim Jong-un is much less stable than his father, and his constant purges suggest a much greater sense of vulnerability. Contemplating the loss of his nuclear capability, and facing a much more formidable American capability of precision interdiction, Kim might see a pre-emptive move as an even greater possibility.

Irrespective of these considerations, a key question is whether a successful nuclear disarming strike against a leader with Kim's level of security would draw a chastened response without retaliation. It needs to be said that over the years repeated North Korean atrocities have never drawn an Allied response. In part this is a product of an Allied calculation that, after a tit-for-tat exercise, there would be a risk of massive retaliation from Pyongyang.

Whatever the US might be preparing, Trump's national security team has broadened the president's response and now seeks to intensify Chinese pressure on Pyongyang. H.R. McMaster, Trump's national security adviser, used this five-minutes-to-midnight scenario: 'China has tremendous coercive economic power over North Korea … There are ways to address this problem short of conflict, but it is a race because he's getting closer and closer and there is not much time left.'

Unremarked on here was a New York Times op-ed by the State Department's director of policy planning, Brian Hook, on North Korea's savage treatment of its population. Torture and starvation feature prominently. In this context of enslavement, the real significance of the article is that it draws both China and Russia into complicity in the forced labour program that Kim uses to finance his regime. The US is painting a circle of blame around Kim's enablers.

The critical point here is that most in the Trump administration don't believe that a nuclear-armed, ICBM-capable North Korea can be deterred in the classic pattern of deterrence relationships. Deterrence of the US for the North isn't defensive. It's an umbrella for intense coercive pressure in the neighbourhood with the US culled out from the equation. Further, it's a weapon in the hands of a regime perceived as unstable and paranoid and contemplating a variety of scenarios that would lead to a strike on the US. For the Trump administration, the threshold of acceptable pain as a consequence of pre-emption is much higher than that faced by its predecessors.

Though he strongly supports a diplomatic outcome, Secretary of Defense Jim Mattis has indicated that he has given the president options which would lead to a likely low level of violence against American allies. In this age where secrecy in military capabilities has superseded the openness of the era of deterrence, America's capacity to locate and destroy its targets has increased exponentially. This may be inducing Mattis' confidence. Trump has frequently displayed a marked lack of empathy for South Korean concerns. He is the first American president to be genuinely prepared to attack. He has nailed his personal credibility to his policy.

This will be a cold spring.

Kim Beazley is a distinguished fellow at ASPI. He is a former minister for defence and served as Australia's ambassador to the United States for six years. Image courtesy of Pixabay user artvereu.