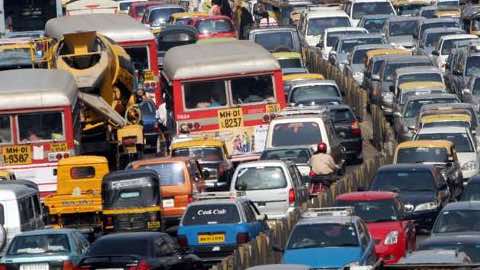 Like Japan and the United States, China will soon be graying, while India will be brimming over with youthful workers.

In just seven years, India is expected to surpass China in population. At the National Interest, Gordon Chang writes:

No country will contribute more to global population growth between now and 2050. And the Indian state will continue to grow well into the second half of the century. India, according to the UN, will peak in 2068, when it will be home to 1.75 billion souls. That year, China is projected to have 541 million fewer people.

China will also be behind where it counts, workers. India's workforce -- people aged 15 to 59 -- will overtake China's within a decade. By mid-century, there will be 1.05 billion Indians of working age, 375 million more than the Chinese in the same age group.

On top of that, writes Chang:

The subcontinent is in a demographic"sweet spot," the term Credit Suisse's Robert Prior-Wandesforde used in comments to CNBC, when he pointed out that"India has close to ideal demographics."

… India's demographic profile will be close to perfect. By 2050, its median age -- the point where half the population is younger and half older -- will be a youngish 37.3 versus China's 49.6. Then, the percentage of people 65 and older will be 27.6 percent in China and only 13.7 percent in India.

Bear in mind demographics is very different from the effect that overpopulation has on both a specific nation and the world. Among them are severe resource depletion leading to food and energy shortages; high energy needs leading to poor air quality, and yet more strains on the ozone layer, forests, and oceans.

As you can see, India's upcoming"ideal demographics" is, at best, a mixed blessing. Besides, eventually India will gray. Whose turn will it be after that to wax and wane? Indonesia with its current 250 million people?